A Tale in the Desert Review

A Tale in the Desert (ATitD), is a pay to play MMORPG that is completely based on crafting, trading, and technological advancements. Set in ancient Egypt, ATitD has no combat. Gameplay is purely about crafting and the community.

A Tale in the Desert Review 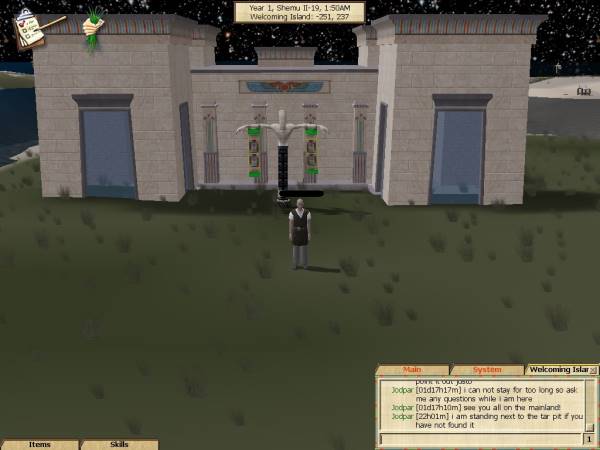 A Tale in the Desert is not your ordinary game that conforms to patterns in game development and gameplay structures that have been established in the past. It is a MMO roleplaying game that completely eliminates the combat that has become a staple in just about any genre of video games.

Not only does the game stray from what is a major part of many popular game titles but it resets the world periodically – separating it into “tales” that each builds on its predecessor. The cycle allows for the game to reinvent itself and keep it fresh for old players and consistently inviting to new players. This is just one of many bold moves in the game that sets it apart from all others.

A Tale in the Desert excels with its dedicated core of players that have created a real community as well an in-game society and a functioning government that establishes its own laws set by the players themselves.

The core of the game is designed to be a social experience about building and maintaining relationships. The manner in which you converse and the outcomes of good and bad interactions influence the way that you, the people around, and the game progresses.

Trading is another element that hinges on social interactions and in doing so develops an extemporaneous economy. This economy is defined by the resources and crafted items that are made available in the world. The more of something there is the less valuable it is and the less of something there is the more valuable is. It is fascinating to see the assignment of value to items and resources based on their necessity in accomplishing goals, both personal and established.

When you begin the game you are but a lowly level 0 Peasant, left only with odd instructions to strikeout one by one, tasks from a list entitled “Welcome to Egypt.” Without clear instructions on the intentions and purposes of your existence, you comply out of something more than curiosity.

After much exploring, collecting, and crafting you are named as a brand new citizen of the ancient sands of Egypt. This is when the game opens up and demonstrates the beginning of what it has to offer you.

After becoming acclimated with the basics in a sort of initiation process, you are given access to one of the ingenious mechanics that makes this game special. You can now begin to petition your own laws for this new land to which you have immigrated. The social element is perpetual in this game and law making is certainly no different. You interact with people to seek advocates that can help bring your ideas to fruition by hopefully having it voted into the game. It does not matter what it is, whether a small detail in the functioning of the society or major feature change, you and the community have a part in the construction of your universe.

What makes this game so interesting is that it is propelled by the players, for better or worse, it is dependent on the passion for the game and the relationships built overtime. The direction the game takes is derived from choices, the alliances built and the enemies made, loyalty and treachery – the conflict on your search for what you desire in and from the game.
This focus on human players and how they behave and coexist together makes for deep gameplay that has not entirely been approached in the past. It is far more unpredictable and sometimes erratic, breaking from the confines of code and putting you in the centre of an interactive, living world. You will be hard pressed to find a comparable journey in a common MMO with a primary desire to recycle combative, violent games. 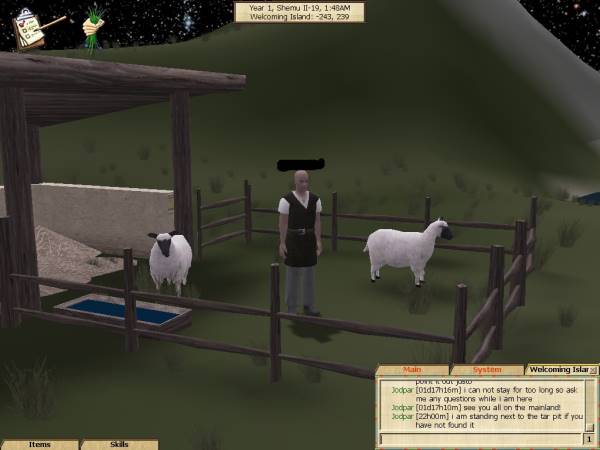 A large part of A Tale in the Desert’s experience revolves around the construction of things, and this crafting aspect of the game is vast and detailed. It is a paradise for those who find their kicks in the exploration, the finding of materials, the crafting of items, and the exchanging of them within a dedicated player community.

The crafting minigames within A Tale in the Desert are very diverse and unparalleled to anything around today, if not ever. As was found in previous tales, you can grow plant life of hundreds of varieties to harvest and trade, and engage in a plethora of other unique crafting mechanics that involve ingredients of scientific application.

The true beauty of these systems, aside from the depth, is that they are not working within an arbitrary measurement of time for the purpose of the game, but rather functioning in real time. This lends to developing a collection of skill based constructs that certainly require the maximization of the players’ concentration and focus on the task at hand. If you successfully complete a crafting task without trouble you can avoid diminished returns, and yield more for your personal coffer.

You will also seek to augment your crafting skills at academic institutions like schools and universities, which will help you produce more valuable and intricate items. The research you conduct can be done alone with potential for moderate success, but the real rewards come once again from the echoing message of teamwork and cooperative, mutual assistance. Since you are exchanging resources as tuition to learn these greater abilities, it is evidently much quicker and simpler to petition your fellow citizens.

A Tale in the Desert is an interesting experiment that produces a world filled with possibilities but simultaneously a relatively blank canvas for its players to freely reshape and populate with its own ideas of how the game should work. Being a game inherently malleable by human choices and engagement, the individual decisions and the macro level democratic conflict fosters perpetual evolution.

The game has a premise that takes a creative risk in building a world focused on socialization and coexistence. Whether or not you can personally find enjoyment in the game, you can certainly admire the will to be something different, and to seek richer gameplay.
The game will definitely not feel the same for everyone and many may be turned off by the premise, but for what it does as a niche game is fantastic. It has a deeply nuanced system of crafting exercises that prompt players to develop a throughout understanding and skill to yield greater rewards, a self-sufficient, player run government that moulds its own future, and a framework that consistently promotes player interaction for a distinctive odyssey than you likely have never seen before.