Before it’s official launch, Black Desert Online (BDO) by Pearl Abyss was one of the most hyped upcoming Korean MMORPGs around. BDO was released in its home country in 2014 and 2016 for North America and Europe.

The game is free to play in Korea, Japan, and Russia while the English version for North America and Europe is pay to play, or more specifically, “buy to play” (players have to buy the game but there is no subscription fee). 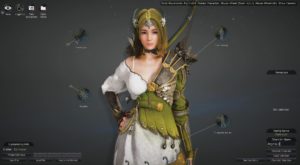 One of the things you will love about Black Desert Online is that this MMO does take itself quite seriously and that’s a very good thing. The gameplay is immersive and truly solid, the experience is created for both beginners and experts, not to mention that the world is massive. At the time of this writing we already had a large expansion dropped in and another one is coming shortly, so the updates and content are coming very fast.

The game world is amazing and detailed, and there are quite a lot of enemies you can find. Thankfully, the enemy variety is not an issue here and you will actually find that dealing with enemies is quite exciting and immersive as you play. Sure, they will avoid following you after a while if you run from them. But, the combat is interesting and you will always try to find new strategies to tackle them. They don’t have the same attack all the time, and that does make the experience quite unpredictable to be honest.

Most of the world and the experience will remind you of WoW but I find Black Desert Online to be a lot prettier. The world is also realistic and while there are thousands of quests and things to do, many of them have a realistic tone. Of course there are fantasy elements, but BDO stays grounded instead of trying to always immerse yourself into the experience which is what matters the most.

I like the attention to detail that they have here because each of the attacks and the enemies are very detailed and realistic. You will sometimes have to avoid massive enemies or groups because that will indeed cause you harm. It’s not easy to do so honestly but as you play you will certainly have the possibility to do what you want and how you want.

The inventory will expand as you play and while that’s not necessarily a bad thing, it’s bothering you at first. It’s very interesting to try and figure out what each skill does though, especially since there are a few hundred of them scattered throughout the skill map. That’s what really pushes you forward and makes you going because aside from having lots of skills, each one can be upgrading. 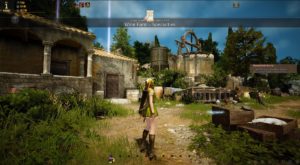 Leveling is a part of the game but it can be quite grindy and unfortunately this will usually spoil the fun. Trying to get a specific skill locked behind a certain level is not that fun, but it does offer some interesting capabilities.

You can get houses and warehouses in any town then use them as storage or as manufacturing facilities. Thankfully, the world is filled with places and traders where you can sell goods so you can indeed get some good money from that. And rest assured that there are tons of places where you can spend your silver if you want that, all you have to do is to be creative and the results will certainly pay off.

I also like the fact that they added hundreds of side activities. Be it side quests or just activities like fishing, riding your horse and leveling him or just gathering flowers/herbs, it’s just something that you will do often. It will also distract you quite a lot most of the time as you try to play, but it’s nice to have such a thing in there. Many times we do want to stay away from killing and there are certainly lots of things to do in Black Desert Online that will keep you company.

Unfortunately, they don’t really have an endgame honestly and there is no level cap either. But, on the other hand, they do update the game often so they do try to add in more stuff to do for high level players. They might even add a proper endgame but for the time being there isn’t a proper one.

Classes are nice and very detailed, they even integrated a ninja class recently. The issue for some players is that some off these classes are locked behind a specific gender which is certainly something you want to avoid in an MMO. But, on the other hand, most of us will not be bothered by this issue. 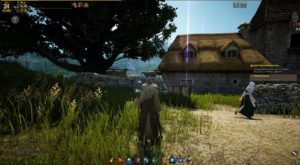 As I said, one of the main strengths for Black Desert Online is coming from its graphics. The game world, animations and characters are stellar. They are looking very well and there weren’t that many graphics glitches in the game either. I liked the variety of each region and you can find just about anything you might expect from a fantasy game here, starting with dungeons and ending with massive plains or huge mountains.

The music here is good albeit a little repetitive and the sounds are realistic, to the point. The voice acting might seem a little strange for European and US players, but it’s ok nonetheless.

Black Desert Online is a fun game that I loved playing. It’s nice to get into and it does offer a multitude of unique ideas. Sure, it doesn’t really integrate all its systems properly and the gender locked classes might not be the best idea in an MMO, but it’s a solid game. Plus, if you have a solid PC you can enjoy maybe the best graphics in an MMO right now!