If you are a fan of browser games then you most likely heard about the Crystal Saga game. Recently, R2Games released the continuation to this great game in the form of Crystal Saga 2. At its core, the new entry is pretty much similar to the other titles in the series. But does it innovate. 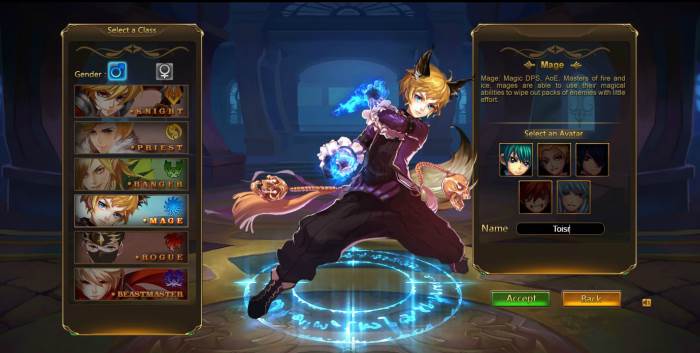 You have 6 character classes to choose from which is more than double what you see in regular browser RPG games. The title does a good job here because each of the classes has two skill trees and as a result you do get some customization options.

Crystal Saga 2 enables you to add wings to your character and you can unlock events that will give you various cosmetics and other nice tools you can use to customize your character whenever you want.

Combat isn’t that complex because everything tends to happen automatically. Players do have to improve their combat capabilities through leveling up, skills, armor, weapons, accessories, and so forth but battle itself is pretty straightforward – just use your skills, manually or through the automatic combat function. Combat is turn-based.

I had the impression that outside the regular group based experiences, the classes tend to be very similar and even if you play solo or with others you don’t really get too much variety to begin with.

Most of the Asian browser RPG games do have a simple combat so having such a thing here doesn’t really seem that surprising to be honest. However it’s important to note that the game integrates an AFK mode where it will allow you to eliminate enemies and grow as you play. It’s available starting with level 16 but it does allow you to get some much needed XP without a problem.

I do have to note that most of the quests feel really grindy and the addition of the AFK mode does show that. If you want a good weapon you have to grind a lot and the same happens when you do quests, most of them seem similar and you don’t get that sense of fun after a while. Sure, it does seem to be very satisfying when you level up fast and your character gets more powerful but it’s a shame that players often do a lot of AFK  grinding instead of playing. This is sad, because the game world is really cute and it does have some amazing graphics for a browser game.

A thing to note here is that most of the features in this game aren’t new but if you are okay with that then there are some cool features. For example, I really enjoyed the pet system which allows you to evolve pets and use them as a companion during the battles. Also, you can upgrade mounts and this will boost your stats as well as enhance your gear if you so desire.

When it comes to the story, Crystal Saga 2 is lacking this quite a bit. It’s not uncommon to have a lackluster story in a browser based MMO.  The quests are presented with a few lines of quest text and you can easily miss your target quest if you don’t read properly. They do have a system that allows you to click on the objective and then the character will go there. It’s a common feature and one that does tend to eliminate some of the issues that you encounter but it makes the questing very simplistic.

Crystal Saga 2’s graphics are marginally better than it’s predecessor’s but that is not to say that it’s the best out there. The animations are nice and the game seems more polished. If you compare it with other games, Crystal Saga 2 will not impress you that much. The graphics are bright, colorful, and cute which is nice if that is what you like.

The soundtrack is generic and forgettable unfortunately, but you do have the option to turn it off and listen to your own music which is nice.

The overall performance for Crystal Saga 2 is great. The game doesn’t require a large bandwidth and even if you download something when you play the title will run fine. Also, Crystal Saga 2 doesn’t need a lot of system resources and it will run perfectly on older machines or laptops without a problem. They also have a dedicated client that is pretty good.

Overall, Crystal Saga 2 is a nice time investment but it doesn’t seem to offer that much for the long run as it’s focused mostly on grinding. Still, it can be good if you want to pass the time playing a fast-paced, easy browser-based free MMORPG. 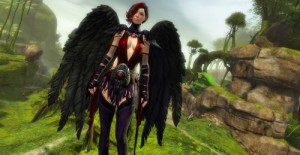