DarkOrbit (sometimes also called Dark Orbit) is one of those games that might seem simplistic at first but despite being a browser game, it has a surprising amount of depth to it. The idea in this game is rather simple, you need to join up with powerful companies in order to gain the resources you need. You will also need to fight for territory with others and you will need to expand to remote regions of space. 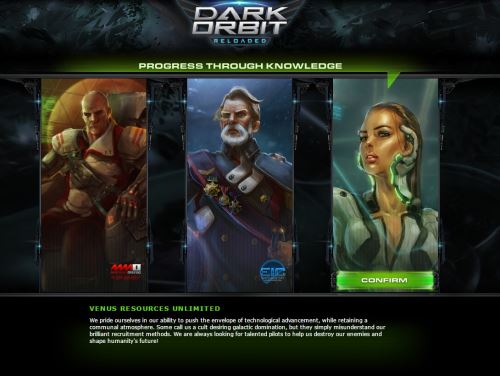 You have multiple factions to choose from and each one has its own set of missions. You get both PVE and PVP in the game but for most beginners PVE will be the way to play. The game is designed with a good focus on exploration and that’s what makes it very immersive to begin with.

One thing to note with DarkOrbit is that it always manages to reach new boundaries in regards to the gameplay options that it offers and the experience is great because of that. The more you play the game the more you will appreciate how detailed the gameplay is and the fact that you can easily upgrade and customize your ship is a great idea with nice touches and interesting options in the long run.

I found that the more you play the more immersive the gameplay becomes and that is a true benefit here for sure. Most of the game time will be focused on exploration and you will have to take your time in order to get the best benefits. It might not be easy to do so at first but in the end that’s what will help you evolve and acquire a very good experience.

Each spacecraft has a different type of attack and engine so you can feel the difference as you play, something that does help expand the gameplay and it also makes it a lot easier to approach as well which is always a major plus.

Another thing to keep in mind as you play is that you do control the game with the mouse. Honestly, I found this to be a little restrictive because I opt for the good old WASD controls most of the time. The game does lack fluidity at times because of this particular design decision but it won’t really do that much damage in the end so you don’t have to worry about it that much.

What’s really exciting in the DarkOrbit world is the overall customization. The game does an amazing job when it comes to allowing you to customize just about everything you want with your ship. Be it the color, beams or new upgrades, all of these will require you to get resources. The fact that you need to refine resources in order to craft items does add quite a bit of challenge to the experience but it is a lot of fun regardless of that so you don’t have to worry about anything in this regard.

Thankfully, you can also upgrade skills that will help better control the vehicle and which will offer plenty of interesting benefits. There are many things to like with DarkOrbit but the fact that you can find new skills and add in new benefits to the experience can really spruce up the way you play. 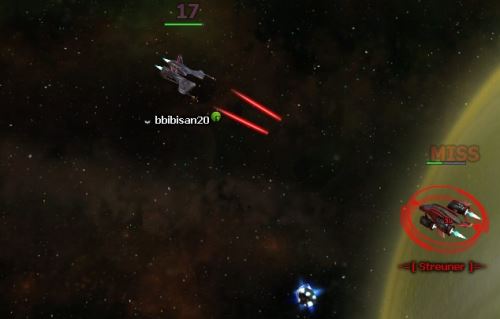 DarkOrbit does come with a plethora of PVE modes that allow you to explore the game. HITAC is a good example as it’s a situation where the giant alien ships are attacking you and you have to destroy the minions before eliminating the mothership. It’s a great way to spend your time and one that does help offer value, a lot more than many of the other games that you can find out there and in the end that’s what will matter for sure.

The maps are huge in this game and, surprisingly, they are filled with enemies. Leveling up and acquiring new gear is great if you explore them but the enemies do get powerful the more you reach new regions. I liked that they added the idea of cloaking because it can help you however it can also help the enemies and many times you can be clueless in regards to where they are located and what you can do to eliminate them properly.

They did place PVP inside the game as well and here you can find a good set of modes. One of the best is scoremageddon where you basically have to kill enemies as you try to stay alive. As you kill enemies you will be able to get a combo gauge that will provide you with more points and the person with the highest amount of points will win.

Since DarkOrbit is a 2D game with 3D elements, you won’t really be that impressed with the way it looks. Neither was I, but it’s safe to say the game does have its unique appeal and it does make you feel like you are exploring the space as you eliminate new enemies. The ship design is good and the game world is realistic enough for a game like this since it does deliver immersion which is something you do want to have. The animations could be better though, hopefully they will be increased as the game gets bigger and better.

The soundtrack is general, not that different from other similar games but it does have a few catchy tunes. It can get a little repetitive however and that is a downside for sure.

After pouring a few hours into the game, I was quite impressed with it. There are multiple ships you can get, you can even create items and ship upgrades and exploring for resources and enemies is funny. You also have plenty of PVP modes and PVE modes to choose from, the game doesn’t rely that much on in-app purchases so it is quite accessible. Plus, there are always new unlocks to do and the AI is pretty good when it comes to fighting. Overall, DarkOrbit is a nice game and a solid time investment for space game enthusiasts and browser game lovers alike.