Drakensang is an online MMORPG in which players take on the role of a lone adventurer in the land of Duria. Free to explore the world and take it on as they choose, this is a game which finds itself unrestricted by a singular storyline. 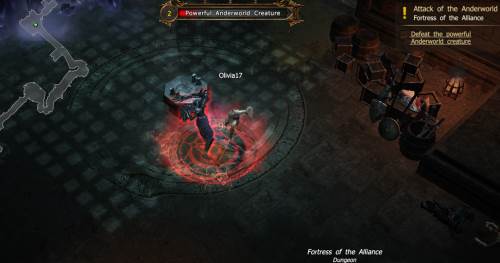 Drakensang is one of those rare games where instead of grand graphics being paired with general sound, amazing music with lazy graphic work, or a general “meh” level of graphics and sound both, they bring forth both to a wonderful level. This game takes up less than a tenth of a gigabyte of data, and takes less than five minutes to fully install – I went in expecting some generic, decent graphic work at best. After all, nothing of that size could be that good, right? Wrong. Drakensang provides gorgeous backgrounds, and great quality graphics to follow through with the game, making it as enjoyable to look at as it is to play.

The soundtrack is beautiful. From the moment the game begins, a sense of mood and world-building is set by a well-placed soundtrack combined with realistic background noises, such as croaking frogs and tweeting birds. With the game set to fullscreen and my eyes on my character, I truly felt like I had stepped into the forests of Duria, if only for a short time.

Admittedly, the overall character creation options are minimal at best. Players are given four races to choose from: Dragonknight (a tank style character with a berserker ability to unleash powerful attacks), Spellweaver (your typical mage with low defense), Ranger (your most balanced support character), and Steam Machina (quite literally an armored dwarf with a long range turret).

Players can choose their character’s gender, ethnicity (though really it appears to be nothing more than a skin tone changer, also limited to few options), their hair style (the most extensive option, given the multiple – and multi colored – hair styles available, though the color itself is pre-set to the hairstyle it comes with) and their character’s name. The name cannot be used if another player already has chosen it, but adding a few numbers is more than enough to bypass this problem. However, despite this minimal design, the character designs still end up looking pretty good through the design skills of the game maker, so it is not a huge loss. 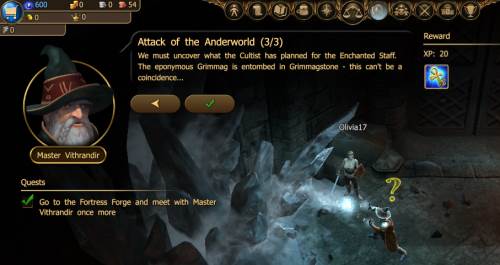 Players have a large number of skills in their arsenal, which unlock in terms of both types of fighting skill and level of power as the player levels up. These skills can be used to launch powerful attacks against their opponents, ranging in style and overall effect.

NPCs are the silent companions of the realm of Duria, but still manage to maintain a strong role as both quest points, informers, traders, and overall unique characters. Although they have no voice to be found, the unique design and personalities of each character come through clearly in both their extensive written dialogue (which players who are not fans of heavy-reading games can skim or even skip altogether if they wish) and their unique (and beautifully done) portraits which pop up beside the dialogue when they are spoken to.

Their dialogue plays a strong part in creating the engaging story which helps build up the character’s introduction into the world (before they are left to do as they please), so I would personally recommend skimming the dialogue at the very least, if not attempting to read it completely. 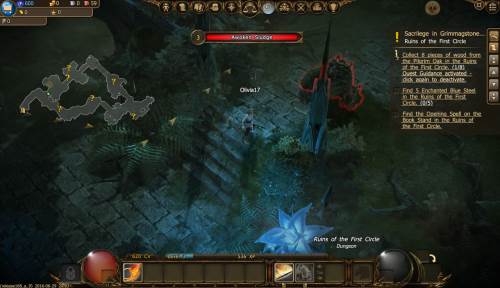 Obviously, being an MMORPG, players will find themselves exploring the world beside fellow gamers whom they are free to converse with and fight alongside. Making use of an internal chat system, communication with fellow players of Drakensang is very simple. Players also have the option of getting together to form guilds, and organize alliances between themselves – and rivalries against others. Be it exploring the world’s eleven different regions (at current count), several dungeons, or taking on intensely strong boss monsters, there is plenty to do for friends and strangers alike looking to bond and get to know each other in an exciting and enjoyable fashion.

For those who did not initially understand what “MMORPG” means, or simply found their attention drawn to this game despite a desire to play by themselves, don’t worry – there is absolutely nothing in this game (beyond building a guild) that cannot be done solo. If you find yourself intrigued by Drakensang’s world, but just aren’t up for meeting strangers, you can still enjoy this game.

As stated above, Drakensang is a game where the player has freedom to do as they please. With nearly a dozen unique regions, multiple cities, dungeons, and expansive areas of wilderness, players will find themselves with plenty to do in terms of exploring. Along with this, players also have access to a multitude of quests – complete with a guiding pathway that can be triggered on and off with a single click – and hundreds of different enemies with which to test their combat against.

Drakensang can be played solely with a mouse, or a player can make use of keyboard controls for the sake of speed and/or simplicity while playing – save for moving, which is solely mouse controlled. Whatever makes you more comfortable to use, or is more your style, Drakensang makes it pretty simple.

All in all, I would say that Drakensang is an excellent game. It is not often that one can find a free game that is as small in size as most computer games were in the nineties, but runs far better and with superior overall design. The gameplay is simple, but very enjoyable, and the world of Duria is absolutely gorgeous to behold. For any fans of fantasy style games with an advanced technological twist (in the form of the Steam Machina’s turrets), or just anyone looking for a new game to test out that will not be too hard on their machine, this is an excellent place to start.