Elite Dangerous is a space adventure MMORPG that is available on the PC and the Xbox One. The game also supports two virtual reality devices: the Oculus Rift and HTC Vive. So if you have one of those VR devices and want to try out an MMORPG, Elite Dangerous is one of the very few choices available.

Here is a review of the game on PC. If anyone has feedback about how it plays on VR devices, please leave a comment below. 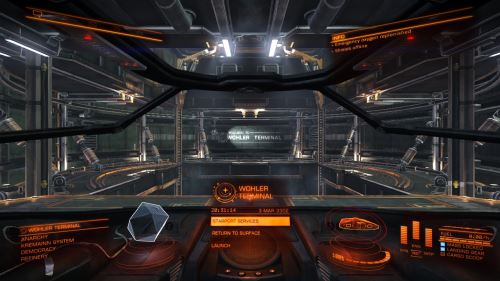 Playing Elite: Dangerous is a lot like taking a road trip through Nebraska.

If you’re doing it for the sense of adventure, you’re going to have a bad time.

Elite: Dangerous is a unique game has had a mixed reception. Despite an 80 point Metacritic score, critics of the game have lampooned it’s costly expansion, delayed content, and overall emptiness as signs of an over-hyped product that Frontier Developments, the developers, have failed to deliver.

Supporters of the game, though, have poured thousands of hours into Elite: Dangerous’ 1:1 scale universe, completing cargo runs, hunting down pirates, and exploring unknown solar systems. The game boasts a growing 2,700-member playerbase that has logged months of collective play time into the game, working together with a level of coordination reminiscent of everyone’s favorite spreadsheet simulator, EVE Online.

The question that surrounds Elite Dangerous isn’t is it good — rather, the biggest question potential players need to ask themselves is is it boring? 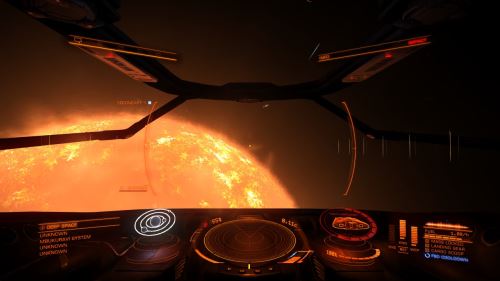 If you’re still trying to figure out what Elite: Dangerous is about, here’s the most succinct summary I can think of:

You’re a space trucker with no hobbies.

If you hated your finance classes, I’m going to tell you right now that Elite: Dangerous isn’t for you. A large portion of the money that you’ll make in the early parts of the game comes from transporting cargo between stations. You’ll have to figure out which stations manufacture certain goods and how to turn a profit. You’ll need to account for fuel costs, cargo space, maximum jump distance; there’s enough going on here that there are entire websites dedicated to it.

You’ll be able to promote yourself from the cargo-grind after five or six hours of play, depending on mission availability and the benevolence of RNGesus, but the core of the game is build around buying, selling, flying somewhere else, and repeating. Ad infinitum.

Combat is fun, although comparing it to other games is hard. If the idea of trying to out-turn an opponent in zero-g while managing weapon heat and energy levels sounds cool, you’d probably like it. But if you’re looking to dogfight constantly, you’re better off playing the game’s arena mode. Even if you’re deliberately playing as a pirate, you’ll spend more time illegally docking at space stations than you will stealing booty from other players. 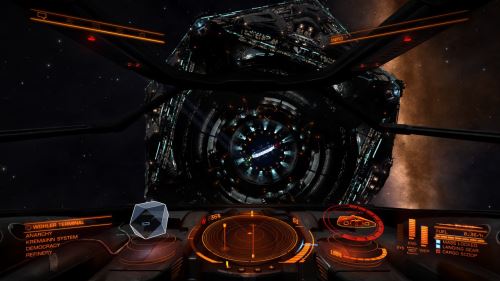 Exploration is a rather divisive aspect of Elite Dangerous.

On one hand, taking a well-built ship out for a deep run into the unknown can be a relaxing endeavour — and selling the star maps can pay off really well. But, on the other, if you’re not interested in spending hours staring at the stars and occasionally skimming fuel and exploring planets, it’ll feel like a waste of time.

You’ll play for weeks without seeing another player. If you have a well-built computer, you’ll be treated to amazing volumetric lighting, and it’s always exciting to see the light of a new star crest the edge of an unexplored planet. It’s soothing, and it’s a great way to unwind after a long, hectic day. It’s something that you can easily pour hours into, and there are lots of players who like to build their own narratives around their explorations, but it involves a lot of imagination to make it interesting.

If you’re looking for a game to get excited about, Elite Dangerous isn’t for you. It’s a huge game with a lot of content, but the gameplay boils down to a couple of rather shallow and repetitive mechanics. Getting into it can be expensive, and a lot of the content that the developers initially promised still hasn’t been delivered yet.

But if you’re looking for a game that’s relaxing, beautiful, and designed for introverts, you’ll find that Elite: Dangerous will fall into your heavy rotation. It’s easy to rack up hundreds of hours, and the developer’s season-based approach to content, however delayed that content might be, promises a lot more things to do in the future.

I can’t say I’ve been gaming longer than I could talk, but I am an RPG-addicted, spaceship-piloting, RTS-loving gamer. I suck at First Person Shooters. For my non-nerdy writing, check out my website.