Herowarz is a brand new 2.5D action MMORPG developed by A.Storm and published by KOG Games. 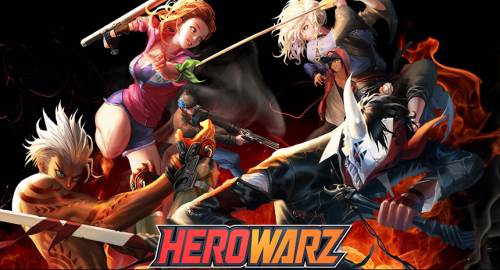 HeroWarz is a game in which unique should be a trademark – because this one screams of individuality in the vest of ways. In this multi-genre MMORPG, players take on the role of specially gifted elites from various worlds, summoned to a land known as “the Third World” in order to aid in a grave mission: rescue the woman known as Maya.

Maya is the former keeper of a special crystal necklace, the stone of which once housed the power of the original elite – a child named Ibrahim. This young boy held a power unbeknownst to anyone in his world: the ability to make his dreams come to life. Unfortunately, he was not aware of this power, and when the day came that he dreamed of a massive flood, it wiped out nearly everyone in the vicinity. Now, many years later, the worlds have been torn apart by politics as the elite come to be more well-known, and Maya has been imprisoned in a conscious sleep, forever screaming in terror.

HeroWarz makes use of three dimensional, high definition graphics, which are very pleasing to the eye. The soundtracks provided are wonderfully chosen, with the music adding to the experience of the gameplay quite well.

The gameplay begins with a movie-quality cinematic narrated – as like every other narration found in the game – a Japanese woman, with English subtitles automatically provided for those who need them (which is likely everybody, since the default language setting was English). This cinematic is of an amazing style, and serves to quickly pull players into its engaging story, introducing the lore of the game in a way that is both enjoyable and interesting. 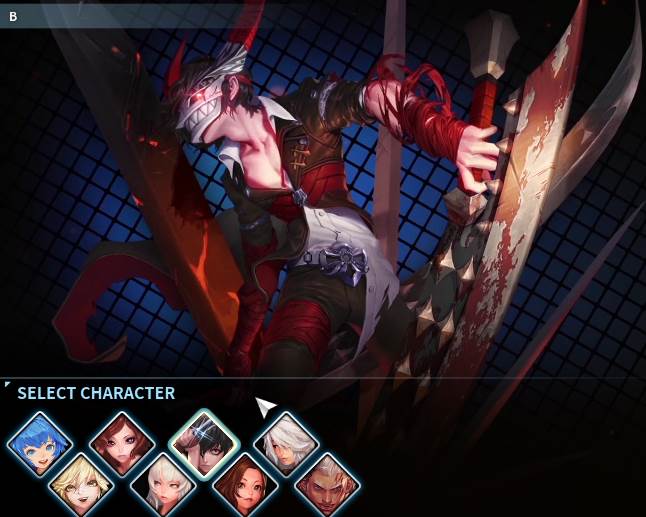 This section of the review is showcasing one of my favorite features of the game – simply because it is one of the best I have ever seen in an MMO game.

Players have the option of selecting one of eight unique characters: Hades (the Mother Land’s leather clad goddess of death), Ara (a Caribbean princess with oceanic allies at her side), Jerry (the star slugger – hitter – of her hometown high school’s baseball team), Audrey (a former abuse victim turned emotionless, gun-toting veteran and mercenary), B (a mysterious blind boy whose life is filled with painkillers, constantly suffering due to the two types of unnatural blood with flow through his veins and allow him to extend his two swords), Mary (a former farm girl with serious physical strength, capable of grappling with the best of them), Nagne (a Korean swordsman with an odd affliction of acting childishly when struck on the head), and Derrick (a gladiator who has the looks of a powerful anime character, stifled physically only slightly by a war injury).

For once, female characters outnumber the males in this game. Characters cannot be renamed (the player’s nickname will serve for it) or re-designed, but given their unique and frankly badass styles, this is not a huge deal. Each character holds five additional skill statistics: Range, Defense, Utility, Difficulty, and a randomized fifth skill generated by their own design (for example: Cute, Leadership, or Savage). Each character excels in their fifth, original skill, while the others depend entirely on their personal abilities and character design.

Each character option also comes with a “Preview Play” – a video which allows potential players to see how they fight and determine if the character’s style is one that matches what they are looking for.

In addition, many of the non-playable characters (NPCs) found within HeroWarz actually serve an identity beyond your typical merchants and quest-givers. Though they remain mute characters, each one’s dialogue and personalized picture – created through a painted form – gives them their own unique identity beyond their names, and serves to provide some interesting additions to the game. The dialogue also serves to provide a sense of relationships amongst other non-playable characters, as evidenced by the way they speak toward one another. 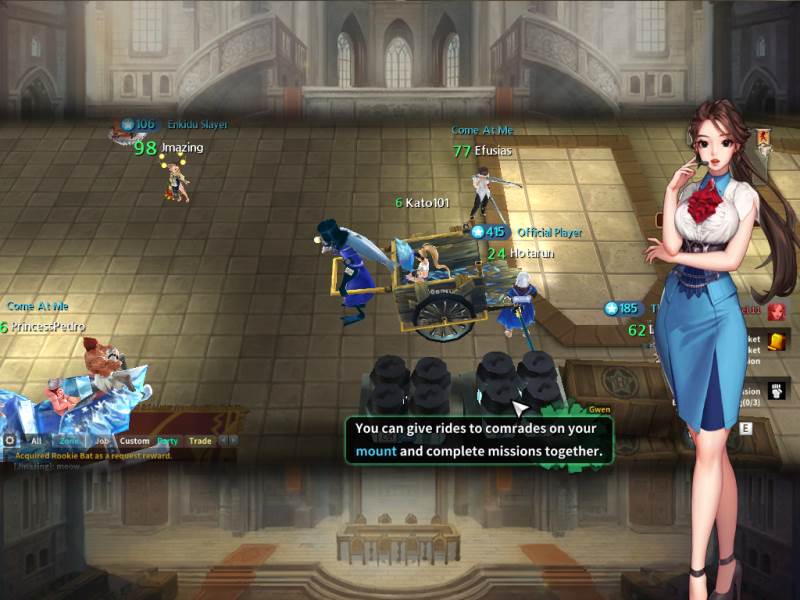 As with most MMO games, HeroWarz provides players with the opportunity to converse with other players via a chatroom box. Players also have the ability to form parties with other players, so as to fight in groups, and join up these parties together in the form of clans.

However, HeroWarz also provides a feature that unfortunately very few games of its type do: the ability to interact beyond conversation and battle with other players. The main player has a multitude of options as to how to interact physically with their fellow players: kick, ride the shoulders of, high-five, hug, thank, praise, apologize, ask for help, beg, sit with, show joy, dance, and greet. I myself made the mistake of accidentally kicking a player in the main lobby while trying to take a screenshot – thankfully, they did not seem bothered in the least (probably because it does not affect their character physically) and I was free to roam about the lobby, continuously testing this newfound ability, much to my own childish glee.

Players have the option of controlling their characters with either the click of their mouse, or the keys of their keyboard – whatever makes them the most comfortable. The same can be said of certain unlockable skills, which also give the player the option of how to execute them, be it with the tap of a key or the stroke of a mouse wheel. These skills are – simply put – fantastic. I have never played a game which allowed me to summon a giant tire to ensnare my enemies and then pummel them with a baseball bat, but the realization of this made playing Jerry the perfect choice for me. 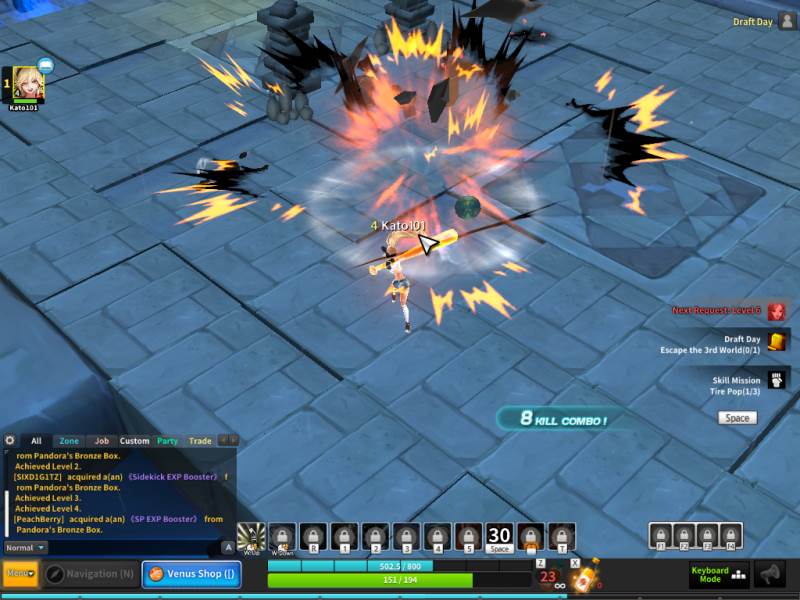 Overall, HeroWarz is a great game. I loved every minute of playing it, and can honestly say it stands out in terms fo the dozens of other MMO games I have played in my time. This game has characters for all styles of players, and has managed to combine an engaging story with a hilarious dose of randomness in regards to the characters and their backgrounds. I would recommend this game to anyone willing to play it, and would highly suggest that even those who are not usually players of MMOs, to give it a shot. It is worth it.