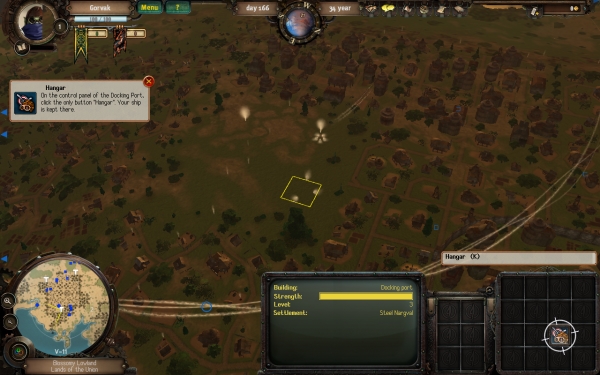 LuckCatchers (that is not a typo, that is literally how the game is meant to be spelled) is a fantasy MMORPG which is set within a place known only as “The World.” And it has to be one of the most restrictive and falsely advertised games I have ever played.

There is no sound in this game besides the occasional roar of aircraft engines – realistic, and actually a bit enjoyable to hear the few times you can. Though whether that be due to the fact that you find engine noises pleasing, or because it is a break in the heavy silence otherwise found in the game, is entirely your opinion. The graphics are plain – extraordinarily so, to the point that the entire map of the game world (meant to look like towns and terrain) looks more akin to the “cookie-cutter, multiple mountains and dirt of the same variety placed together to mimic land” sort of set-up one would expect to find as the setting for an interactive tabletop roleplaying game. Not an online game, with access to enhancements, editing programs, and other such things.

The illustrious player character remains an utter mystery, beyond their name and race – because that is all you get to choose in this game. Are you an Orc, or a Human? No, you don’t get to choose your avatar, or otherwise customize anything beyond your name (which can be declared “Invalid” by unspoken rules) – what are you, insane? Also, if you want to have more than one character at a time, you have to pay real-world cash for it.

Ask yourself if you have ever found yourself faced with the dilemma: you just got your character all set-up, but now you are concerned that they will look stupid because of some odd setting on their facial design, or perhaps that armor you picked out only looks good in the light of the customization screen. Well, have no fear – your character is entirely invisible!

Yes, invisible. There is nothing to be seen about your character. Supposedly taking on the position of a pilot, your only reference to anywhere they go is the smoke trails left by your “plane” which appears to have been stolen from Wonder Woman herself, because it is also invisible. This tends to make the idea of unlocking new planes moot and point beyond holding more cargo, because there will be no enjoyment of them beyond that. 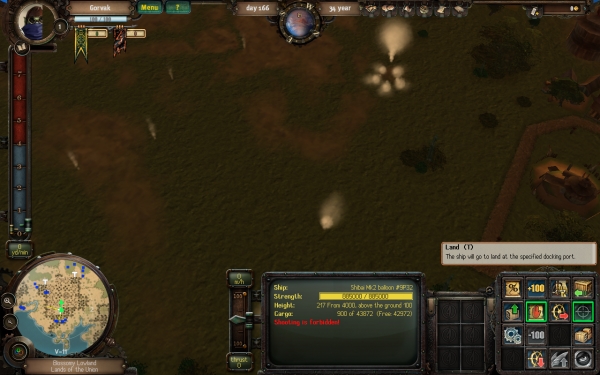 The good news is that this game is not filled with non-playable characters who do little more than give quests and then ignore you for the rest of the time. The bad news is that the reason the good news exists, is because there are no interactive NPCs to be found within the game. The only vague mention of any relates to your reputation level with either Orcs or Humans, but you never meet nor speak with either of these races. Even when taking on jobs, there is no one.

Like every other MMORPG out there, players have the option of chatting with other players within the game – so long as they are within a 30 mile radius of yourself. That’s right – there’s a distance limit for anyone looking to chat with other players, so anyone hoping to speak to people across the country best keep looking for other games to try.

There are player vs player battles to be had – but first you must either wait 30 days (seriously, the game makers seem to enjoy this number) or by receiving a “Letter of Marque and Reprisal”. How do you get the latter in the game, one might ask? Nobody knows. The game does not offer any information in regards to the topic, and searching online has turned up no other information other than the fact such a letter was used in real military situations. Players also cannot use their weapons within 800 feet of guard zones, or risk losing reputation with either opposing side, depending on whose tower it is.

The gameplay is severely limited. Players appear to only have access to their planes when on delivery jobs, for which they are given three real-time days to complete, and consist of only clicking a button and guiding the plane to the correct zone, affecting their reputation status with either Orcs or Humans. The controls are a tad complex, and the tutorial is horrific – most players, if not all, will be finding themselves mindlessly pushing buttons and clicking around in hopes of figuring out what to do in regards to playing the game. 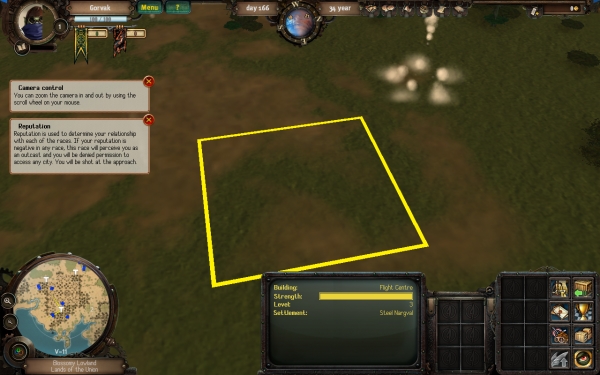 Players can also utilize the telescope feature within the game to “explore” their surroundings visually, but through either a game glitch or simply poor design, I saw little more than a cloud factor. This connects to another issue I have with the world map of the game: there is a large layering of clouds within the game sky, which appear to serve as a barrier for how far you can scroll out. But why? It would make more sense not to have them there at all, as the only thing they do is blind the player briefly until they scroll back down.

I will be turning to the game’s description on Steam for this section, because it is what led to my description of the game as “falsely advertised”. The game is described as being “without any rules” and “opened to any player without limits from the very start”. You need only read the previous sections of the review to tell why this is not true. It is described as a place of “steam, valor, and magic” and is filled with “economic wars” and “hard decisions”. I don’t know what game they are describing, but there was no magic to be found within the game, and the only “hard decisions” is deciding how long you wish to play before giving up.

The loading screen art shows what appears to be a war between Orcs and Humans, with a focus on air-born battle and transportation. I feel that if they had followed that which their description claimed, and their art portrayed, this game might have more worth. At most, I can say those who enjoy flight simulators might – and that is a very stressed “might” – enjoy this game, for a brief time.