MU Origin is a fantasy based, massive multiplayer online roleplaying game. In a surprisingly unique twist, this game is accessible only as a phone game, available for download in the Apple store and/or the Google Play store. Created by Webzen, this game allows players to take on the atypical role of an adventurer, with an endless amount of quests and easy levelling at hand for any general player to enjoy. 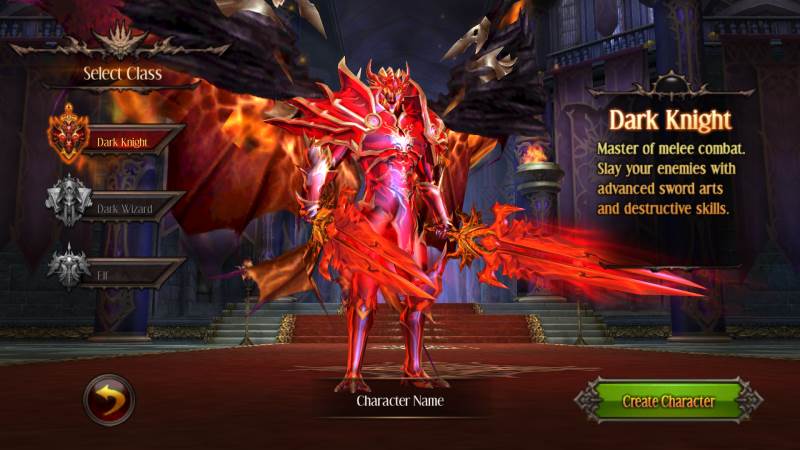 To their credit, Webzen managed to do what even financially benefited companies are not always capable of: they created a phone game with graphics worthy of a high definition computer game. They are well detailed (or as much can be given that the game is viewed through a relatively small screen, being a phone game), colored in an array of bright colors, and generally pleasing to look at. The art style which illustrates various non playable characters is also very well done, and contrasts well with the general graphics when viewed during conversations within the game.

The music found within MU Origins is of an equally high quality, providing a pleasant companion to the general gameplay and helping to further immerse the player within the game.

The options for the main character are fairly limited in terms of customization, but given that this is a phone game and not your typical MMO roleplaying game (ie: found online, which allows for a lot more space to be used up for aesthetic features such as that), it is fairly easy to let this slide. Especially given that the different armor options are physically shown on the character, providing a change in outer appearance depending on what is equipped. 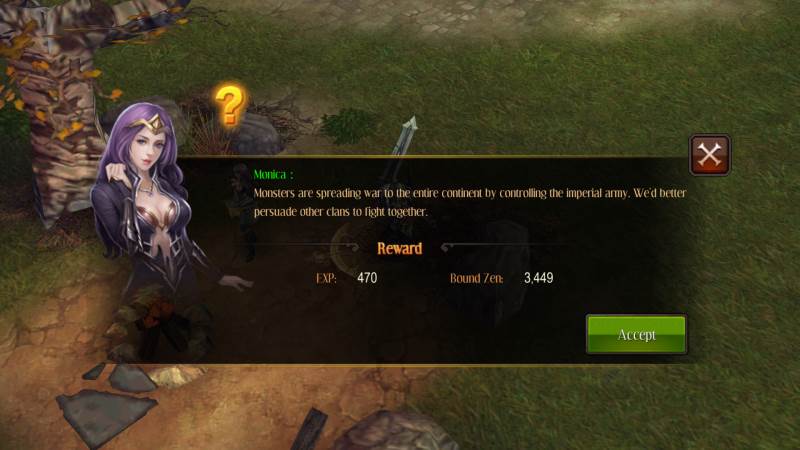 Players have the option of three classes, which match the basic options typically found within your average roleplaying game: Dark Knight (serving as the hard hitting, melee warrior type), Dark Wizard (serving – obviously – as the magic user (ie: mage) type), and Elf (serving as the only female option, and as a rogue class who makes use of a long range bow to take out her opponents).

Players have the option of naming their characters as pretty much anything they want, so long as no “prohibited” characters are used within the game. This most likely refers to grammatical character symbols (punctuation) such as apostrophes and colons, as numbers and letters are both proven to be allowed.

NPCs play a fairly minor role in MU Origin, beyond being a source of quests, linear in-game information, merchants, and occasionally sources of humor. So they basically follow the role of most other non-playable characters found within roleplaying games.

However, MU Origin has the benefit of giving each NPC a unique, seemingly painted appearance with each conversation, making them far more pleasing to take in whilst dealing with the monotony that is quest assignments.

Each character also has their own unique voice (as told from the dialogue text, given that almost no character is voiced, though there is a brief cheeky comment from the warehouse manager who helps suit up your character with new equipment at the start of the game), making them stand out all the more within the game. 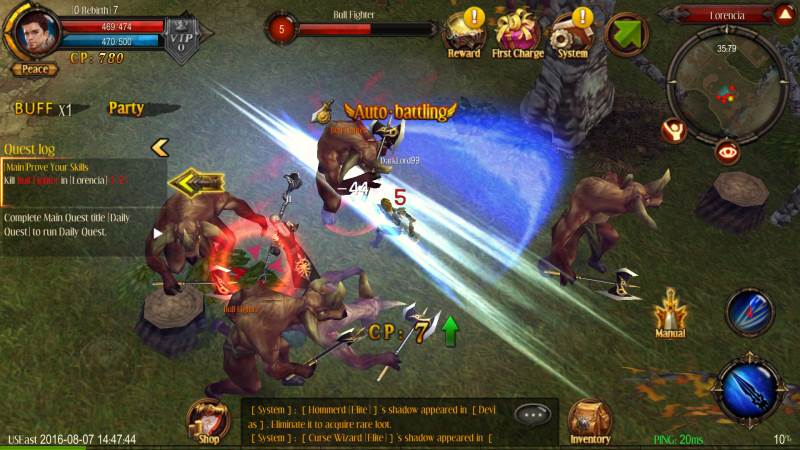 Despite being a game which one plays on their phone, players have all the options one would expect to find within a massive multiplayer online game. A chat box provides system announcements and allows players to communicate amongst themselves, although given the limited space, players are basically forced to stop playing for a few moments if they wish to communicate.

Another option available to players is the ability to form guilds with other players, allowing them to form bonds and fight together in parties. The latter is not necessarily an important feature, given that the gameplay is boasted as being easy for a reason, and so combat within the game is fairly easy. It does, however, provide an extra bit of information to your character, and provides an additional bond between the many players found within the game of MU Origin.

MU Origin is a very well made and designed game, especially for one made for mobile devices. That being said, the combat in the game leaves something to be desired – not so much because it is immensely easy to do (the game boasts its easy playability and quick character levelling for a reason, after all), but because the only way to move or fight within the game is to allow auto-pathing. Attempting to tap the screen will only have the character stop in place or “meditate” until the player initiates auto-pathing once more.

The game does allow some room for playability, however. Once certain unique abilities are unlocked, players can select these attacks for use in the game. Players also have the chance to fight against other players, a feature which many MMO games tend to unfortunately neglect, and characters can build a “bounty” to their name. It is to be assumed that this occurs through fighting other players, as there is no obvious way to commit any crime within the game (quests are forced on the player, and any movement is restricted to the auto-pathing connected to it), and it is not immediately addressed in-game, either.

Overall, MU Origin is fairly decently designed, despite being a strictly mobile game. There are only two major complaints I could say about the game at all: the notifications, and the auto-pathing. As stated before, the auto-pathing as the only means of movement and battle is extremely frustrating, and limits the player’s ability to play the game in their own fashion. If I could change one thing about the game, that would be it.

The notifications are an issue in that they will severely slow down your phone when they pop up, and are not capable of being disabled. Thankfully, they are easily dismissed, and the speed issue will resolve itself following that.

All in all, I would recommend MU Origin as a general game to be played on a “whenever you’re bored and have some free time” basis, and not something I would personally invest a lot of time in.