Otherland is a free to play MMORPG based on the popular novel series Otherland by Tad Williams. It is a surreal blend of science fiction, medieval and futuristic fantasy. The author himself was involved in the project to allow for a tailor written video game narrative translation that allows for a unique experience of the source material. 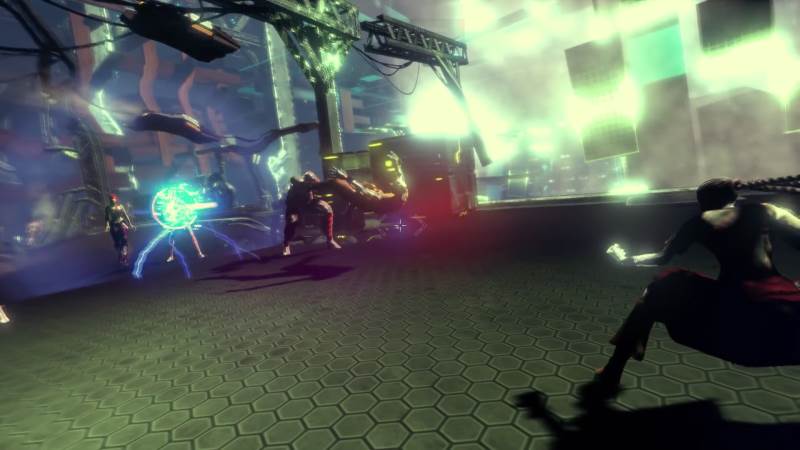 Despite being based on a novel with immense detail in the development of a world and lore it does not translate into a compelling story in-game. First and foremost, the quests that should be story building blocks, do not feel as if they are important or even connected at times to the overarching story. This renders your pursuits trivial seemingly just to fill up time rather than engaging in an interesting narrative.

Often in MMOs the early quests are not so compelling and energetic, but there are far too many quests that have you running back and forth for inane sometimes irrelevant reasons like chatting up a random NPC who is not even propelling the story in any direction and instead brings the momentum to a halt.

There are moments in the story however that show you why the adaptation of the books can work. When there are brilliant cinematics to go along with a large scale attack on friendly settlement, which you will help to defend, this can really engross you in the story and allow you to feel totally immersed in the character and the world.

Perhaps the story will have a more consistent impact for die hard fans of Tad Williams and the Otherland series, but as someone who has not heard of it before this game, it makes it more difficult to follow and care about what is going on for the most part.

Although there may be some moments where the motivations to complete your tasks are underdeveloped you can always appreciate the wondrous scenery. Otherland is a beautiful looking game with impressive world design and a striking surreal atmosphere. There is so much detail in each piece of artwork.

The detailed and diverse environments are filled with a multitude of colorful enemies, gorgeous weather effects, and dynamic lighting. These environments are classified as simulations and each is entirely different from the other. Each will allow you to have a very unique experience as you enter and explore each of the simulation worlds.The characters follow this same trend and demonstrate a delightful visual variety in the NPCs and especially in the choosing of class and overall customization of the player. 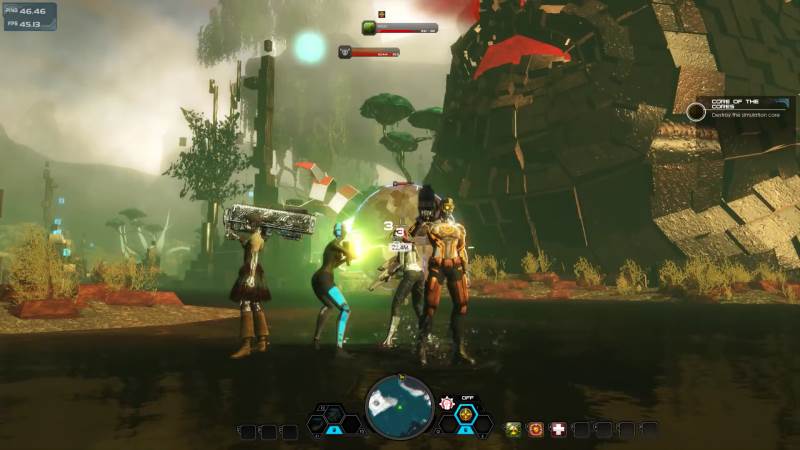 When creating your character there are plenty of options to choose from to form a unique character. These are aesthetic changes that include adjusting height, muscularity, and tone, but the ever important stat changes will come from the class you decide to go with.

What Otherland does well is allowing you to test out each of these classes before you begin a campaign with one. Instead of going in blind and hoping for the best, you can try out the class specific combat and get a glimpse at what your character may look and feel like in your playthrough.

There are 4 different classes in Otherland, but it makes up for it with the sheer number of differences between each and the nuanced tweaks to gameplay that result from your choice. There is the Marksman that uses firearms and projectiles, Warrior that uses melee weapons, Assassin that combines magic, stealth, and melee combat, and the Energizer that harnesses energy to patch up a friendly or dispatch an enemy. There was the potential to create something interesting here but unfortunately it falls a bit short when you engage in combat with most of these classes.

Otherland touts a fluid, fast, action combat system that is based on skill rather than a programmed mathematical algorithm. Although it could have worked as a skill based combat system there are some troubles in creating strong combat gameplay to begin with.

Your character and the animations in combat are nice to look at and are just as beautiful as the scenery around you, but in this case the substance in combat is forgotten and left quite restrictive in a damaging way. Each attack seems to somewhat hold you back and force you to complete the full animation of an attack standing still, taking away the potential fluidity of attack transitions and combat in general.

It does not really feel like true action combat aside from being a bit slow and unresponsive at times there are no options to dodge or block incoming attacks. Once again there are moments just like in the structure of the story that do work quite well, but there is a lack of consistency for the stronger elements in this combat gameplay. 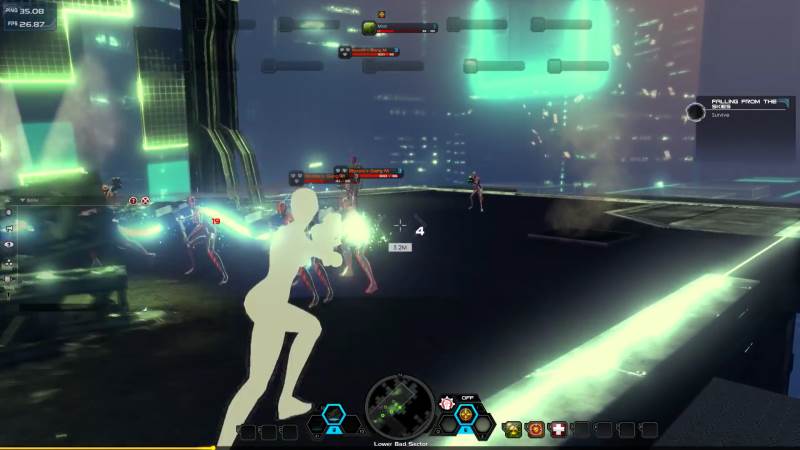 Otherland has many of the typical MMO socializing elements with crafting, clans, PvP modes, and player homes, but none really worth delving into and explaining extensively. Like much of what you will experience in Otherland in terms of the gameplay experience it is mostly generic as an MMORPG.

You can find exciting and interesting moments at times but they are far too seldom to congratulate. There is a long generic path throughout the game that it rarely diverges from, but when this happens it does something good, not necessarily innovative but definitely interesting and fun. Unfortunately, the experience for the most part is lackluster. For all its bells and whistle visually and graphically it does not complement it with a comparable gameplay experience to match.

There are great moments that can give you pause and make you think that Otherlands may just be as great as it exclaims to be, but it cannot hold that feeling for long as the core systems like combat that are supposed to drive the experience, can cause significant hiccups that impedes what has the potential to be a much better game that it has currently been presented as to the players.

back to the best free to play MMORPG 2017 list