Skyforge is a free to play MMO game that seamlessly manages to combine fantasy and sci-fi into a single world. You can find a variety of enemy types here which I enjoy quite a lot, but they do tend to focus quite a bit on action and combat.

Right off the bat the game does seem quite similar to Neverwinter because the way the enemy move and even some of the designs will remind you of that particular title. But rest assured that this is not a clone, in fact the game does manage to bring in front some nice new ideas and a multitude of cool quests. 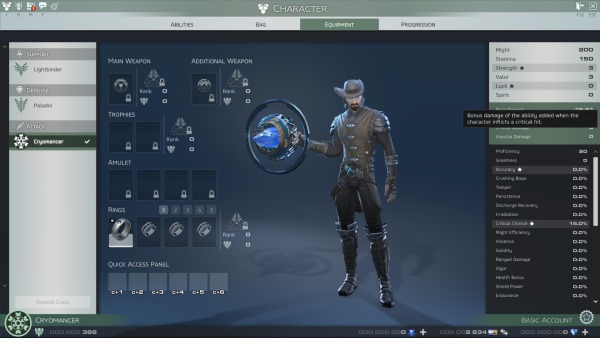 They do have multiple classes to choose from which is good, however the neat thing is that you can unlock classes as you progress. That does keep the game fresh and it does offer an immense value which is very good to say the least. I do appreciate the great attention to detail that Skyforge delivers to each class but most of them are focused on huge DPS, no matter if you are ranged or not. I like how careful each class was designed though as the model and animations are different which does add up plenty of value and appeal to the entire experience.

The interface in Skyforge is simple yet refreshing. It’s always cool to have this type of interface brought in and honestly the game does an amazing job when it comes to making the experience simple. It’s just a pleasure to explore the world and have the map as well as all the other information right in front of you at all times, because it does offer an immense value and a huge attention to detail.

I like that you can switch to other classes mid-game, but then you will have to progress each class individually. It’s a nice thing to do, but if you invest a lot of time into a class you will go back to basics with the other classes. It’s a nice experience to do so and while it doesn’t work that well in the beginning, it’s a very good idea.

The combat is very action packed, the attacks are rooting you in place and based on the class you have as well as its abilities, you can attack in a multitude of ways. The attacks are nice and it’s great since you have to pay attention to who you attack and where you want.

I like the fact that they help you focus on strategies. You do need to understand combos, but you do get attack abilities as well as an execute ability that will help you fill up with resources. Not all classes have combos though, but some of them do like the Berzerker which is cool. 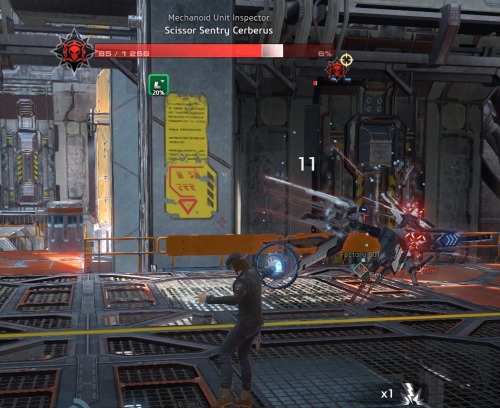 The game tends to be very simple but boss fights are challenging. Each boss has x times health bars, which means that you basically have to eliminate an enemy while destroying all his health bars.

The resources you gather from the game world can be used for progression and that does bring in front some nice set of tools at your disposal. Combine that with the fact that you can use the Ascension Atlas to gain more abilities and perks, then you will see that Skyforge does get quite dense and fun most of the time thanks to the way you invest your time in it.

Exploration is nice, the game world is large and because of that you can find quite a lot of enemies that can be checked out all the time. Thankfully, with more than a dozen classes to choose from, there’s a huge variety in the gameplay experience you get here and it’s just a ton of fun to explore all of these possibilities as you play.

The quests aren’t really that immersive because sometimes they do tend to repeat themselves but I liked the fact that they do offer you the ability to explore the world as you want. This alone is plenty of fun and I really enjoy the way they encourage you to explore. There is some crafting here but nothing that will blow your socks off, however I like the fact that it’s here and that’s why you should check it out if you like to create and model our own stuff.

From exploration to questing and combat, everything in the game is quite good and it does deliver an intense variety that you can rarely find anywhere else. Skyforge is definitely designed to last for quite some time and since there are unique gameplay mechanics as well as class switching ideas, you won’t run out of stuff to do here. 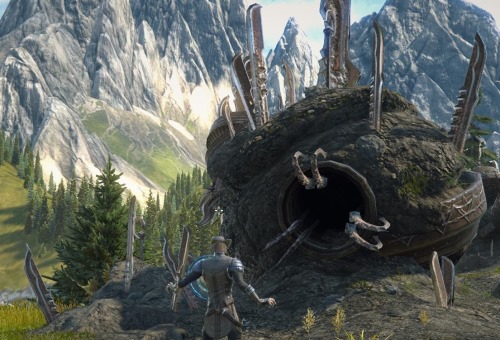 It might not have the best graphics around, but Skyforge does offer some really good game mechanics and a solid set of graphics. Speaking of that, the game is more colorful when compared to other MMOs and that does make it truly interesting and visually stunning. I liked the attention to detail, interesting gameplay ideas and all the other cool stuff integrated here, as well as the solid animations and the unique bosses.

The sound is also good, albeit a little generic but it does fit the game quite nicely and I do feel that they did a great job in this sector as well.

Skyforge is a very good game honestly. It has evolved a lot since the first outing of the beta and it’s just a ton of fun to begin with. You should totally check it out if you are a fan of sci-fi and fantasy. People that liked Neverwinter’s exploration and combat will like this game as well, but even if you didn’t there’s so much stuff and value to be had in this game. I do say that you should check it out, as it’s really neat!