Sphere III: Enchanted World is a fantasy MMORPG developed and published by Russian game company NIKITA ONLINE for the most hardcore of players. NIKITA was created back in the early 90s where they were an early contributor in the development of the Russian video game industry. They have a distinct focus on developing various incarnations and subgenres of MMOs, such as real-time strategy, role player games, mobile, and social MMOs. 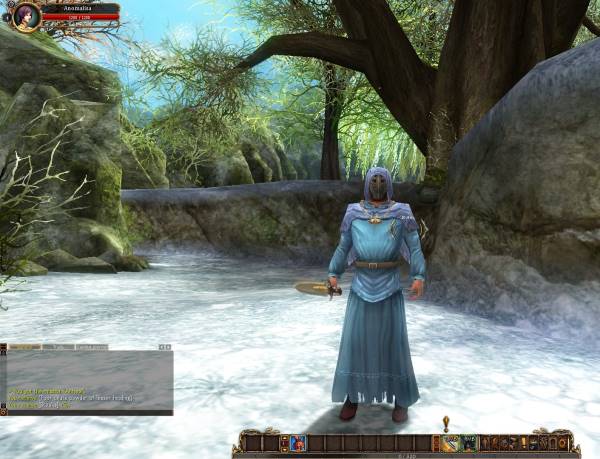 Sphere III operates under a free to play business model, as many of NIKITA’s games do, featuring an Auction and Shop to initiate transactions between players for in-game items.

Sphere III was initially released on August 18th, 2015 – but it is a single version of the game that will be changed overtime as adjustments are made for new features, bug fixes, and anything that pops up from feedback. The game has some rough patches but in its current state it is still a really fun experience with so much more to come with updates. 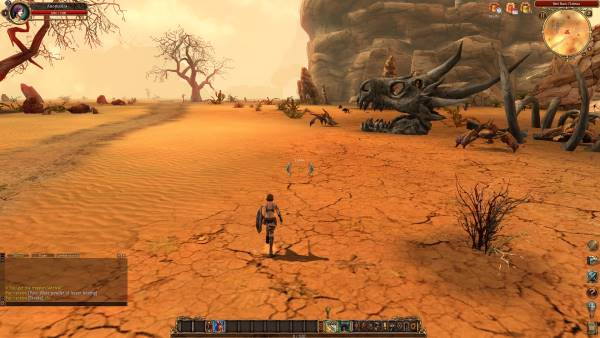 In playing Sphere III you’ll come across a couple diversions and find it to be somewhat generic, but it is certainly a fun and enjoyable time.

The game operates like a standard MMO, asking you to complete quest after quest that mostly want you to kill certain enemies or protect/escort allies as well as grinding to gain levels as you progress through the game. You will notice that it is quite straight forward and offers you simple tasks but ensures that each of the interactions you have are met with certain consequences. There can be good ones with rewards through the karma system or bad ones by reducing XP progress and damaging costly equipment when you die. Since it creates a level of difficulty that can be strenuous as a lone warrior it nudges you to play with others. It is not something you need to do but it seems to enhance the experience and limit the stopping and starting from a cycle of death that you may experience if you are anything but a veteran player.

The combat contributes to this idea of deadly enemy encounters by allowing for a more free moving fighting style that avoids a restrictive targeting system and instead makes it more engaging and skill based. Unfortunately, the excitement is somewhat taken down a notch if you are trying to move backwards during combat, as it is incredibly slow. It really forces you to go face to face with the enemy at all times. This is an area that could use some polish to balance the character’s mobility.

Another small aesthetic adjustment needs to be made for the lack of indication made when hit or when you are hitting someone. Once again, these are small things that can be smoothed out as time moves on.

Sphere III: The Enchanted World is divided into two segments: a Player vs. Player server and a Player vs. Enemy server. Both of them exist in relatively the same massive open world but they operate under different rules. The PvP server separates itself with castle sieges, dungeons, a Karma System as well as Dishonour points and Points of Battle Glory that act as a form of currency.

Castles are captured by constructing siege weapons like a catapult or a ram to destroy the Watchtowers and break down the gates. Once you have taken out the NPC guardians, most of the players defending the castle, and captured the flag points it is now in your clan’s control.

The sieges are intense large scale battles that break up the adventuring with some more coordinated, tactical challenges to complete with friends. Not only that but castles are a great source of precious loot, and ownership of a castle can grant you bonuses so you are not stagnant when you break off for a castle siege and are instead continuing to progress your character. 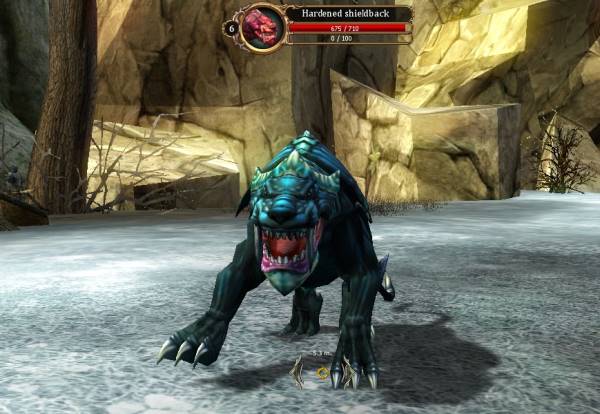 This is a built-in protocol to quantify your triumphs and misdeeds as you play in PvP. You are not restricted from killing other players but your actions are not without consequences. When you are accumulated a number of bad Karma points it can result in the loss of loot upon your death.

The most unique and interesting facet of the Karma system are the reputation points to reward good and bad behavior in some way. The Battle Glory Points are awarded to you when you kill members of the opposing faction. Dishonour Points are awarded commensurate for the amount of bad karma points you have at the time – in other words the more bad karma the more dishonour points you get when killing a member of your faction. In each case you can use these points as a sort of currency that can be spent at an NPC in your faction’s capital to acquire powerful equipment and potions.

This adds such a great dynamic to the game that gives some weight to the decisions you make in Sphere III, but doesn’t necessarily force you to be good in order to excel. It develops this inherent conflict that makes for much more intriguing and nuanced interactions within the world.

Sphere III: Enchanted World won’t be the most innovative game you’ve played but it does contribute some ideas along with the generic ones for an interesting concoction. It has a great foundation of solid ideas that will no doubt be enhanced over time.

There were a couple moments of weirdness and bugs, like monsters and areas that are refreshed too quickly – but it was surprisingly clean and mostly free of any issues.

Aside from some minor bumps in the road, it has a good combat system that fosters flexibility and skill, a Karmic entity that provides consequences for actions, hardcore PvP, and a big beautiful world to explore and uncover its mysteries.

Back to the Best MMORPG 2017 main page