TERA is a free to play MMORPG in which you, the player, take on the role of an adventurer exploring the vast worlds and completing your choice of thousands of quests. In this game, there is no set role for you to play: the world is yours to do as you please.

TERA admittedly does not have much in the ways of music. However, it does provide some basic character voicing that – despite being limited to short sounds such as character grunting or making sounds noises of acknowledgment – actually works quite well. 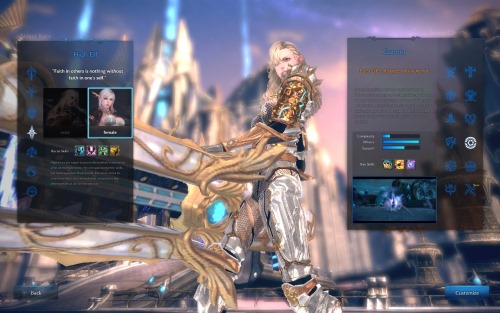 The entire world consists of three dimensional graphics that – despite being more on the high definition side – are capable of running very smoothly on even moderate computers. This came as a pleasant surprise to me, as most games today which create games with three dimensional graphics tend to focus on adding more features rather than actually making the game playable for a range of people. TERA proved to be an excellent exception.

TERA’s customization is – for a lack of better word – fantastic. It’s not often that you see an MMORPG which manages to focus on both the gameplay as well as character building. TERA has more than made up for this. Players have the option of seven different races: Human, Castanic (a possible breed of Elves), Aman (very large former slaves of Giants), High Elf, Popori (what seems to be a dog and panda combined), Elin (humanoids with animal ears and tails), and Baraka (a breed of Giant). While not all races have both male and female character options – as some have no identifiable gender, or simple consist of one or the other – this appears to have done little in regards to enjoyable gameplay.

The game also has twelve different classes, each with their own unique set of weapons: Warrior, Priest, Lancer, Mystic, Slayer, Reaper, Berserker, Gunner, Sorcerer, Brawler, Archer, and Ninja. Only four classes are race or gender restricted: Reapers are only available when level forty or higher, Gunners are only Castanics or High Elves, Brawlers are only female Humans, and only Elins can be ninjas. 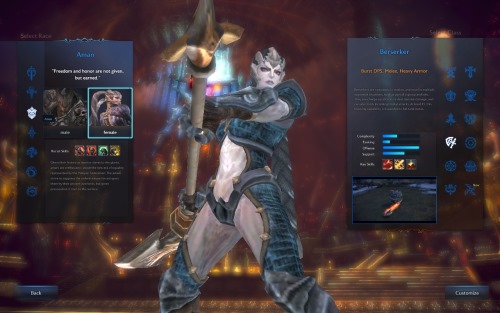 Along with the race and class customizations, players have the chance to further alter their character, starting from a number of preset characters. Skin tone, style of hair, outfits, and even the character’s voice are all capable of being changed. Along with this, various features of the character’s face – such as the nose, cheeks, and eyes – can be altered on a smaller level, making use of a sliding scale for each feature.

In short, I would say that TERA did an excellent job when it comes to forming their character creation, and this only further continued in terms of the easy controls. As someone who experienced the joy of playing a High Elf wielding a cannon as long as she was tall (courtesy of the Gunner class), I can honestly say that I have never had more fun making a character!

The non-playable characters found throughout the realm of TERA are fairly unique in their own right. Even shopkeepers have a unique set of dialogue and short term voice when interacted with, including points where they will be unavailable. The only downside to the limited voice dialogue is instances such as helping a character who is crying – you will hear them cry every time, even when offering good news, or their dialogue is distinctly cheerful. Still, the game makers made an effort of putting in actual responses when continuing dialogue, rather than simply continuing the conversation as if they heard some secret, telepathic response from your character.

Being an MMORPG, the game obviously has text based communication between players. Along with this, players also have the ability to interact with other players using keyboard triggered movements, such as waving hello. There is also the opportunity to form alliances and guilds within the game of TERA, either by joining one of the ones already formed (by both the game or players), or creating your own with a group of friends.

TERA is, as stated before, a game in which fighting and quests take up a majority of the gameplay, as well exploring the world within. With quite literally thousands of quests at your disposal, as well as hundreds of monsters, you as the player have plenty of options at hand. 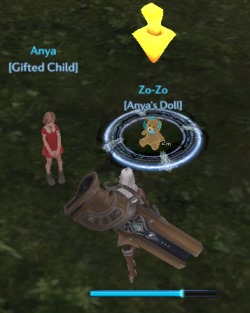 TERA takes an extra step in their combat in that fighting is no longer a simple matter of pointing at your next target and clicking your mouse, or mindlessly mashing at the keyboard until something cool happens. Players will find themselves forced to strategize, to time their attacks and prepare to dodge and keep their camera in line with their character as they face off various creatures (and some gods) completely bent on mayhem and destruction of anything in their path, especially if they get angry. Monsters are not going to sit around and wait for their turn to strike in this game!

Teaming up also serves its purpose, as each of the many classes can fit into one of four focuses: defense, ranged, melee, and healing. Knowing your character and teaming up with other styles can prove advantageous in battle. However, each class can survive just as well in a group, so this is not a requirement.

Along with its combat capabilities, TERA offers the players a chance to earn in-game achievements, and to both craft and enchant their own armor. The latter skills are particularly important, as not having the proper equipment could spell out death for the unprepared adventurer. 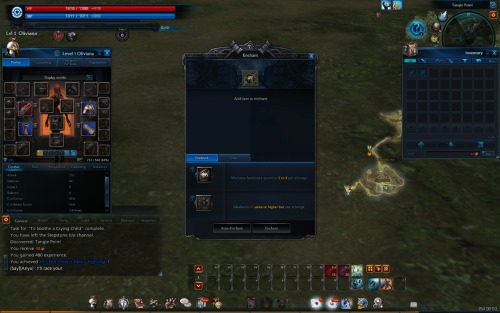 All in all, I would say that TERA is a fantastic game, and a very enjoyable one to play at that. I had very little complaints while playing, and was amazed by how smoothly a game with so many features could run. For any gaming fans of the fantasy genre, or MMORPG players looking for a game that takes everything a step higher than most other MMO games out there, TERA is the one for you.