The Elder Scrolls Online is an MMORPG that delivers an immersive, fun, and exciting experience. Some might call it Skyrim online.

By the way, ESO is often called “free to play” but that is not exactly true. The Elder Scrolls Online used to be a subscription MMORPG but the monthly membership fee has been removed. However, that does not mean that the game is free. Players still have to buy the game software itself before they can play.

The Elder Scrolls Online: Tamriel Unlimited (ESO) is available on four different platforms: PC, Mac, Xbox One, and Playstation 4. So if you want to play on a console, ESO is one of the few choices available. All players on all platforms will need to buy a copy of the game to play it but after that there is no required subscription. In addition, console gamers will also need Xbox Live Gold or PlayStation Plus membership. 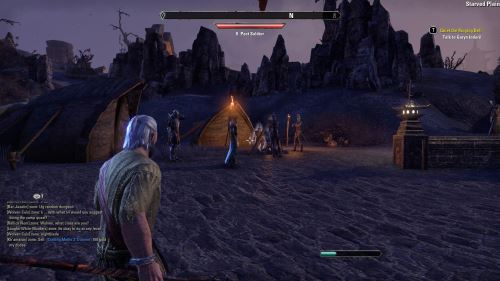 The combat system is pretty much the same when you compare Elder Scrolls Online with Skyrim, but there are some improvements. You move in a more fluid manner and the gameplay as a whole is a lot better. Plus, you get the ability to time your attacks and use the parry function as you see fit. That’s really worth it because it makes the gameplay a lot more refined and fun than what you would expect.

Combat might not be the best, but it is functional and I certainly enjoy the great attention to detail and amazing experience that it delivers.

Then you have a ton of quests there. Those are really nice to be honest and while they do remember you of the older titles in the series, they do offer a great value and immense opportunity that you do not want to miss. It’s really interesting to see that the quests are different enough and the dialog system is easy to go through. That’s what makes the game better than what you would expect, you can rest assured of that. It’s maybe the best portion of the game.

And rest assured that you won’t have any shortage of stuff that you should and can do. The game is filled with intense moments and great opportunities for you to enjoy, plus there’s an immense value to just explore the world and journey through it. I found the experience to be relaxing as well as interesting and that’s what pushes it forward.

The quests are found in between the massive game world and there are interesting locations to be had there. From a great focus on quality to plenty of detail in each region of the world, each one of the game worlds is nicely designed and it does offer the value that you would expect it to provide in the first place.

The lore is amazing as always, with Elder Scrolls Online placing a lot of attention in the lore of each region. In fact, each creature and person has a story, a goal and that’s what makes the game special. Skyrim was very good when it comes to the lore and Elder Scrolls Online maintains the same ideas. It’s a lot better than what you would expect and in the end it’s the ultimate thing you should keep in mind. 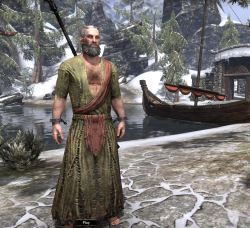 Also, the crafting system is nice. You can easily craft items if you want and while it’s not a mandatory thing to do, it does offer you some interesting avenues to get incredible results.

Plus, I particularly like the fact that crafting is very helpful for each type of character. There are plenty of classes and races just like in the other games in the series so you can easily modify your appearance and choose any race you want. Plus, it’s just very pleasant to explore the experience and go through the world how and when you want. You always have a choice and that will make you enjoy your time and have fun whenever and however you want.

You get updates very often, yet the issue here is that they are simply huge. It takes a ton of time with the slow internet connections and unfortunately it’s a very bad thing. It’s crucial to have a good internet connection when you play this game otherwise you will have to deal with quite a lot of issues.

Character creation is not as good when compared to the other titles in the series, but it is functional. Still, considering that this is the MMO version, I feel that I received way less than it was supposed to be from this particular standpoint. It’s also important to note that you can group only with player that have the same faction. Doing this is quite peculiar considering the experience you can have in the end, but there is a lot of fun to be had regardless of that. Yet, this is a mishap that could be avoided otherwise.

Voice acting is good, it could be better however and there are some situations especially for the NPCs where you will just find them downright annoying. These are situations few and far in between, but there is still a very good value to be had.

Since this is an MMO, there are plenty of bugs and even if the updates are regular, you can still find plenty of performance issues. This won’t be hampering your experience that much to begin with, but it does show you the quality and attention to detail that you can expect which is what matters the most. 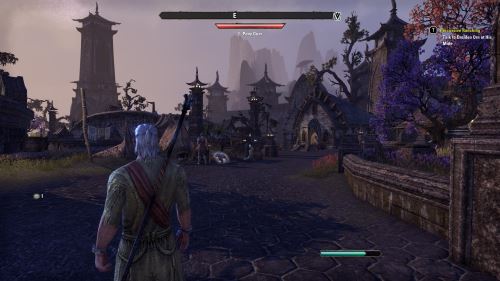 The game has a darker tone when compared to the other MMOs on the market but it still offers a very good value. It’s delivering stellar graphics and the updates do touch on texture quality among many others. I am very happy with the overall results that you can obtain here and the attention to detail is huge which is what matters the most.

The world is a pleasure to explore and each region is very detailed. Character and monster design is to the point and according to the lore, which is a major plus.

I liked Elder Scrolls Online a lot and I find it to be very good. It’s not perfect, that’s for sure, but it does touch on the essential stuff that it tries to accomplish and overall it does a very good job. Just check it out if you want a good MMO and you might enjoy it quite a lot!

Thanks for reading this review. Feedback and comments are appreciated so please feel free to leave a comment below.