Tree of Savior is a fantasy based MMORPG created by IMC games for the PC. In this game, players take on the role of an adventurer known as “the Revelator.” In the world of this game, a horrific event known only as “Medzio Diena” had taken place years ago – a time in which the enormous Divine Tree’s roots grew and ravaged the land, destroying whole towns and cities in its wake. Forests and floral life were morphed into horrific monsters, that even four years later, continue to ravage the land. 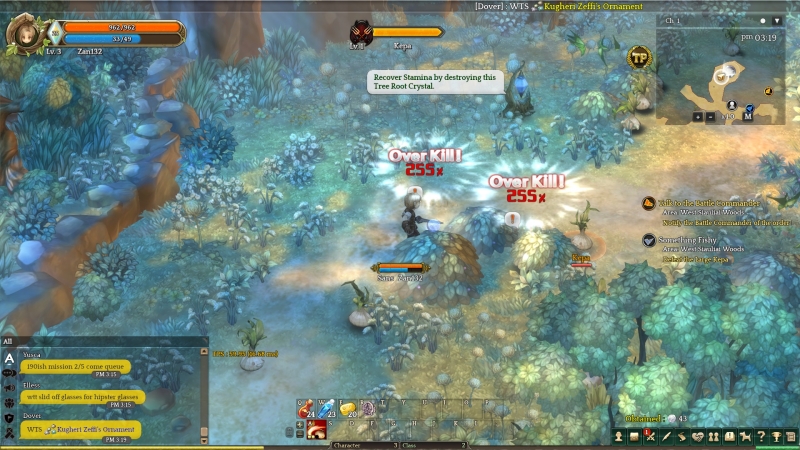 First off, I have to admit something in this review: I took a screenshot of the main menu of this game, simply because the art style found within is absolutely gorgeous. I cannot find the proper words to describe the style – which is somewhat irritating, because I swear there is a name for when you combine a pastel color scheme with child-like character designs – but is very enjoyable to look at, and isn’t hard on the eyes.

The music is equally wonderful in my opinion, sounding straight out of the Italian Renaissance, right when the arts were in full bloom, and at their very best. I could honestly just sit and relax with the soundtrack, simply because it is that enjoyable to listen to.

If it has not been made obvious yet, I consider the art and music style of this game to both be major points.

There are four classes for both male and female characters available for selection: Swordsman, Archer, Wizard, or Cleric. Sadly, there is very little customization for these pre-set characters, beyond choosing their name (which cannot be already chosen by another player, unsurprisingly) , and changing their hairstyle and/or hair color. I say this phrase specifically for the latter, because the hairstyles are also preset in terms of which style gets which color, and you cannot change that. This can be a bit irritating, as I see customization as playing a strong part in a player’s ability to immerse themselves within the game world, and take on the role that is formed by their character.

Players do get a bit of an exchange in terms of customization, in that they also get the option to choose which city they wish to begin the game in: a flourishing mining town, hardly touched by the events of Medzio Diena”, or a town mainly consisting of a large castle, which has been utterly ravaged by the Medzio Diena (the same castle which can be seen in the intro cutscene provided, making it more interesting in my opinion, though I went with the mining town).

Player skills have more use than merely improving their attack and defense abilities, as well. Instead, like games such as the Elder Scrolls or Saints Row series, factors such as the amount of weight a player can carry at one time, or their rate of health regeneration, can and will be affected by the skills chosen. 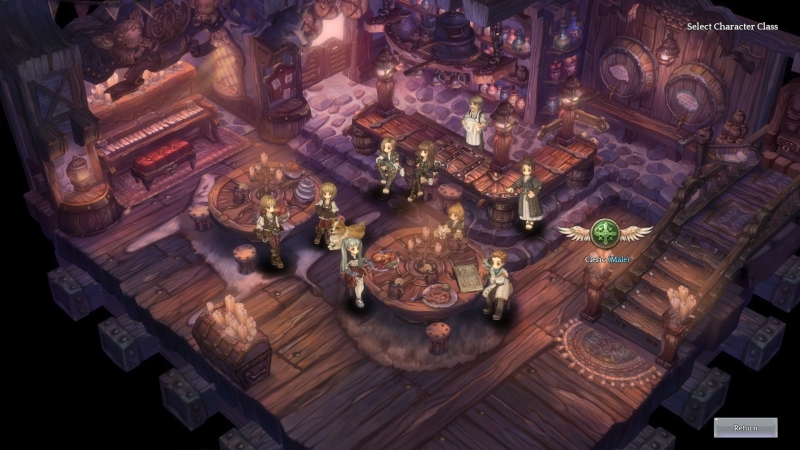 In addition, this game has shocked me with how they have incorporated non-playable characters as actual characters in this game, rather than simply serving as background decoration (to fill space). These little examples of AI control capability have brought a new sense of life – and extensive humor – into the game, mainly through their available conversations and commentary whilst playing the game.

Players walking around can chat with NPCs based on the scenarios and hold casual conversations that help explore lore within the game, as well as deal with interactions that give the character’s a more life-like feel to them.

A best example of such behavior would be how NPC soldiers will react in battle if communication is attempted: rather than pause the game and allow conversation, or ignore a player completely, these fighters will pause a moment mid-battle to shoot the player a clearly baffled look, saying things such as “Is now really the time?!” or “Seriously?”, clearly questioning the new arrival’s sanity, if they think having a chat while being attacked is a completely normal thing to do.

I personally really enjoyed this little detail, as I feel it shows more effort put into both the game, and its playability, by the game makers. 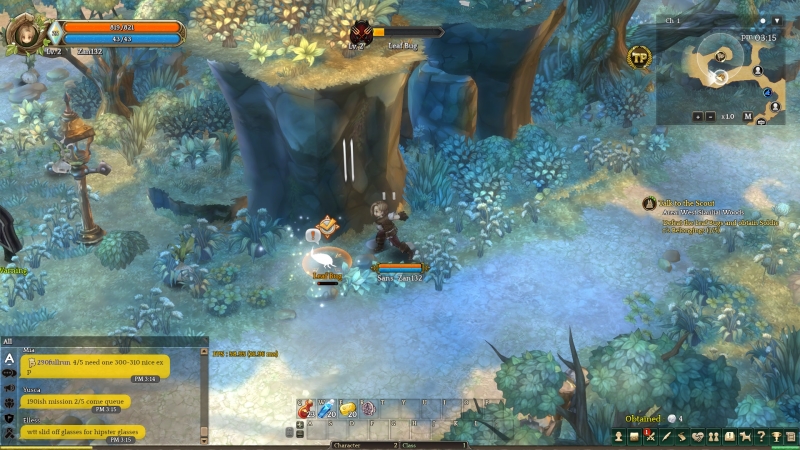 Players have the opportunity to team up with friends to form guilds, create friendships with their fellow players, chat, or even participate in “friendly duels” (yes, they are actually called that in the game) with each other. There is unfortunately not much of an audience to be found within Tree of Savior due to an apparent “bot” problem at one point, but inviting friends along will resolve the former issue well enough. The latter seems nonexistent now, by my judgement.

There is so much that makes this game different in gameplay than most other MMO games, and I could not be happier for it. For one, quest starts are optional – if you do not want to follow through with the main quests right away, you have the option to say so to the NPCs, through contextual dialogue. There are also side quests which are not initiated unless purposely chosen by the player, and are marked with specific icons identifying them as such.

Fighting in this game isn’t too much of a challenge, but nor is it particularly easy. There is multiple ways to restore your character’s stamina, magic, and health – from potions and pills, to destroying special plants, or even setting up camp for a while. The “monsters” of the game are – for the most part – very cute, and there are signs within the game poking fun at this.

Players have the opportunity to earn titles and achievements within the game, improving their standing in the world, and earning bragging rights along the way.

In short, I think of Tree of Savior is a fantastic game. It’s pleasing to look at, super fun to play, and all around a good time. My only major complaint would be that the severs seem to have an issue in the early morning hours – but that could have been as much a Steam issue, as the game’s own.