Welcome to the best MMORPG 2017 list! 2017 is shaping up to be a really great year for massively multiplayer online games. Lots of new games – but which one is the most popular and fun? Take a look at our list of the biggest and most highly anticipated MMORPGs. 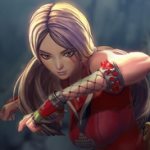 Please note: This list is not yet final. It’s being updated at least once a month, sometimes more. Even before 2017 came around we already had a list of the top upcoming MMORPGs. Now that it’s 2017 we have a list of the currently playable open beta games as well as some older titles that have released new expansions. At the end of the year we will look back on all that has happened and come up with the final, definitive list.

We feel that listing the games by category is more useful than the usual “top ten” format so please check out the table of contents below to find what you are looking for.

Right now, most MMORPGs are free since many players prefer to be able to play a game without having to pay for it. It’s also easier to go for a free game if you want to play with friends.

No top list would be complete without a sandbox game and ArcheAge is one of our top picks for this year. ArcheAge is mainly known for two things: open world PvP and a player-driven economy. Resource gathering, crafting, and trade routes are a huge part of the game. In fact, many people play just to craft and chat with friends/guildmates all day long. As for the PvP content, it’s pretty incredible since it’s both meaningful and rewarding. This game is recommended for those who wish to play a sandbox MMO with AAA quality.

MMO games that you can play on your browser with no client download needed. 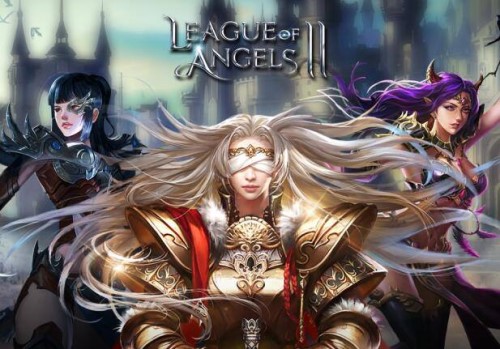 Hands down the best browser-based MMORPG with 3D graphics, League of Angels II is a 3D game with an interesting story. There are three classes available: Archer, the Warrior and the Mage. It has tons of content, including more than 60 unique Heroes and Angels, lots of quests, daily events, unique bosses, solo and team PvP modes, pets, mounts, and more. The fact that it has attracted over 30 million registered players worldwide proves that it is one of the most popular MMO games around.

Right now, most MMORPGs are free since many players prefer to be able to play a game without having to pay for it. It’s also easier to go for a free game if you want to play with friends. Here are some good MMOs that you can play for free. 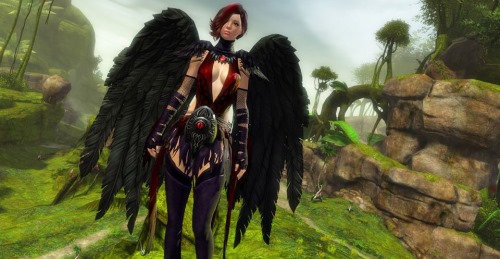 In the MMO video game industry, a lot of games are hyped before their release but quickly fizzle out. Guild Wars 2 (GW2) is the exception in that it had lots of buzz before it was launched and still managed to exceed expectations. Indeed, with 5 million units sold, GW2 is one of the bestselling PC games of all time.

Guild Wars 2 has beautiful graphics, friendly players, a large open world, and fun gameplay. One of its most unique features is that quests have been given a makeover. Instead of asking an NPC for a quest, Guild War 2 has a dynamic, living world that players can explore. As they travel, events will be triggered. Players can then join or ignore these events and their actions will have rewards or consequences. Exploration is a core mechanic in this game.

GW2 is now free to play.

Best Buy to Play or No Subscription MMORPG 2017

A few MMORPGs are not free but they do not require a subscription, instead you only pay for the game once. These are the top “buy to play” MMORPGs of 2017.

The Elder Scrolls Online will be releasing a huge expansion on June 6, 2017. You can take a look or pre-order on Amazon here. However, why wait? If you haven’t tried it yet, then now is a great time to play the game. No subscription required now, so it’s a good deal.

This game is recommended for fans of classic RPGs. The depth of character customization and quality of the quests are incredible. Combat mechanics include strategic blocks and attacks as well as real-time targeting. It’s the sort of game where players tend to explore and do a lot of different things like crafting, fishing, buying/decorating a house, using a treasure map to find treasure, adventuring in dungeons, or simply exploring the enormous and beautiful game world.

Best place to buy it: The Elder Scrolls Online for PC/Mac on Amazon (digital download)

These require a monthly subscription. 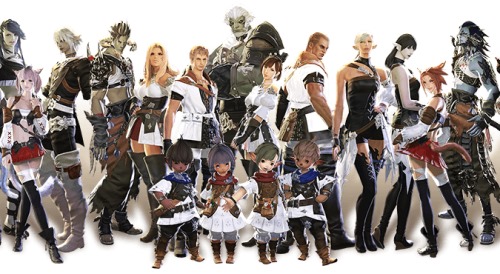 Final Fantasy XIV: A Realm Reborn is the game to try out if you want a cool hero character that looks gorgeous and has awesome moves. Perfect for fans of Final Fantasy and JRPGs, FFXIV has satisfyingly deep and immersive gameplay.

Where to buy: Final Fantasy XIV: A Realm Reborn on Amazon.com 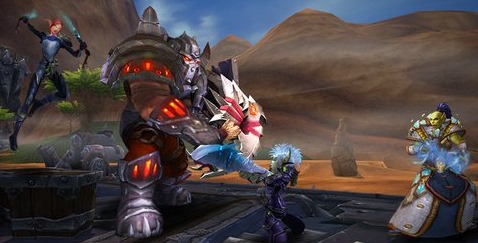 Undoubtedly the best subscription MMORPG of all time, World of Warcraft (WoW) continues to be one of the top MMOs around. The graphics were never cutting edge even when it was first released ten years ago which means that these days they look quite dated in comparison to modern MMOs. Nonetheless, WoW still has millions of daily players because the game is addicting.

If classic MMO gaming is your thing, then WoW delivers. It has lots of classes to choose from, tons of quests, beautiful maps, an interesting story, dungeons, raids, and a dedicated playerbase full of knowledgeable veterans.

The latest expansion, Legion, is due to be released in September 2016.

Where to buy: World of Warcraft on Amazon.com (core game and five expansion packs)

This is an unranked list of the top upcoming MMORPGs of 2017. All of these games are still unreleased and most of them are still unplayable but are expected to launch next year. 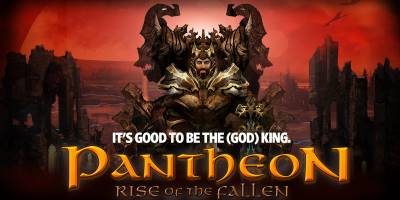 An upcoming old school MMO by Visionary Realms Inc., Pantheon: Rise of the Fallen is set to have an alpha version and beta version in 2016, followed by an official release in 2017. The game is high fantasy “with a strong focus on group-oriented content” as well as exploration and adventure.

There will be nine races and twelve classes to choose from. Character progression will not be usual style of leveling up just one character. The progeny system allows characters to have children who will inherit a few advantages such as boosted stats.

Pantheon: Rise of the Fallen offers a return to challenging gameplay. Modern MMOs have dialed down the difficulty of most raids, epic quests, and the like but Pantheon is promising a more challenging (and therefore more rewarding) experience with its motto of “no risk, no reward.” A good example of this is that there will be no ability rotations to be found within the game. Instead, the game makers will create an experience in which players are forced to stop, think, and strategize with every enemy encounter, rather than just mindlessly cut through each foe they face.

This upcoming game will be a sandbox MMORPG that features suprisingly meaningful interactions dynamic NPC groups. Every action has a reaction in Pantheon. For example, killing some key mobs guarding a camp might trigger an invasion force to appear in that zone. 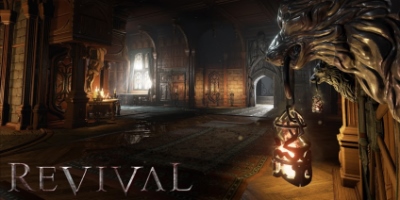 Important Update: Sadly, this project is now in indefinite hiatus. The developers ran out of money.

Revival is an ambitious upcoming title that is currently being developed by IllFonic, a Denver-based independent game studio. The most interesting thing about this game is its live roleplaying feature in which Storytellers (IllFonic staff) can take control of any NPC character, beast, or monster in the world to “deliver prophecy, raise armies, or guide adventurers to new lands.” Instead of the usual NPC characters with their unchanging dialogue, there will be a storytelling team who will interact and enhance roleplaying gameplay.

In Revival the world will consistently change depending on not only the actions of the player, but those of the other members of the world as well. Affected features will include things such as NPC behavior, the powers of the world, and content within the game.

Revival’s other features include a classless character system, skill-based combat, active crafting, and a player-driven economy: 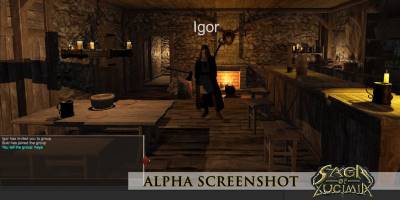 Saga of Lucimia (SOL) is a small indie project that has zero solo content with no quest hubs or mini-maps. SOL looks like a hardcore gamer type of MMORPG with purely PvE group-based raids/dungeons. Zones will take hours to cross and this cannot be done solo. Dungeons will be even more difficult, taking groups of players weeks or even months to clear. Each player group will also need a number of different skills since dungeons will have traps, locks, doorways, etc. that will need the appropriate skill to overcome. Currently the test servers have been open to backers on select weekends (alpha testing) and the beta tests are scheduled for 2017, with an expected launch date of December 2017. 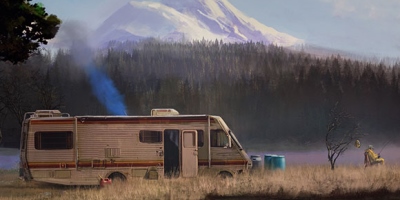 An upcoming MMORPG for the PC and Mac, Identity is set in a fictional region of the modern-day USA, in contrast to most MMO games that typically have a medieval fantasy setting. Players can play as a civilian businessman, criminal, police officer, paramedic, etc. in an open world full of gangs, cartels, businesses, and a player police force. The game’s developer, Asylum Entertainment Inc., stated in 2015 that they hope to have a finished product in two years so it should be hopefully be launched by 2017. 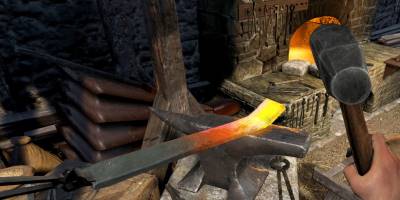 Although the official FAQ of the Chronicles of Elyria doesn’t include an official release date, in the community forums it has been stated that Soulbound Studios hopes to launch the game by 2017. Chronicles of Elyria is an unusual and interesting MMORPG with a player aging and death mechanic. This is expected to open up a whole new way of playing with player families and dynasties. The game will also feature a closed economy with finite resources and non-repeatable quests. 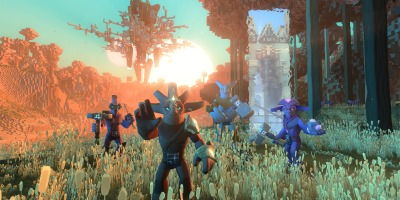 Boundless, formerly known as Oort Online, is an open-world sandbox MMO game that is being developed for Windows, Mac OS X, and the Playstation 4. The pre-alpha version is available but the actual release date is still to be announced. Featuring procedurally generated voxel-based worlds (similar to Minecraft), Boundless is an ambitious MMORPG in which players can:

In short, the player will be able to do a lot more than just combat. Crafting, trading, exploration, mining for resources, etc., will all be viable playing styles in Boundless. 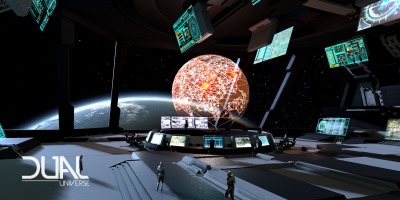 Dual Universe is an ambitious project that can be thought of as a “super mega HUGE” MMO with millions of planets to explore in a vast open world. The in-game universe will be one seamless single-shard area fueled by voxel technology in which players can build space ships, satellites, cities, space stations, mining colonies, and more. Gameplay will revolve around exploration, solo and group combat, crafting, trade, and politics. It looks like the game will be a sort of futuristic Wild West where players can fly out in their custom space ships to either lay claim and farm planets for resources or battle other players to steal their stuff. Alternatively, players can choose to gather resources, craft, and trade peacefully. The alpha release has been announced for for 2017.

That’s the list. We hope that you enjoyed reading it. You might want to bookmark this page since it will be updated frequently as new games are released.

Thank you for visiting our website. Feedback is always welcome so please leave a comment below if there’s anything you want to say.